John Mayer: “My dick is sort of like a white supremacist” 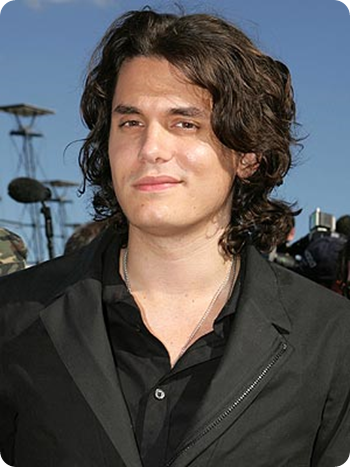 If there were ever to be an award for douche of the year, I am most certain John Mayer would win hands down.  He recently did an interview with playboy that had me wanting to wash my eyeballs out and rip something.  The following is just a short snippet of the horror that is John Mayer.

MAYER: Someone asked me the other day, “What does it feel like now to have a hood pass?” And by the way, it’s sort of a contradiction in terms, because if you really had a hood pass, you could call it a nigger pass. Why are you pulling a punch and calling it a hood pass if you really have a hood pass? But I said, “I can’t really have a hood pass. I’ve never walked into a restaurant, asked for a table and been told, ‘We’re full.’"
PLAYBOY: It is true; a lot of rappers love you. You recorded with Common and Kanye West, played live with Jay-Z.
MAYER: What is being black? It’s making the most of your life, not taking a single moment for granted. Taking something that’s seen as a struggle and making it work for you, or you’ll die inside. Not to say that my struggle is like the collective struggle of black America. But maybe my struggle is similar to one black dude’s.
PLAYBOY: Do black women throw themselves at you?
MAYER: I don’t think I open myself to it. My dick is sort of like a white supremacist. I’ve got a Benetton heart and a fuckin’ David Duke cock. I’m going to start dating separately from my dick.

PLAYBOY: Let’s put some names out there. Let’s get specific.
MAYER: I always thought Holly Robinson Peete was gorgeous. Every white dude loved Hilary from The Fresh Prince of Bel-Air. And Kerry Washington. She’s superhot, and she’s also white-girl crazy. Kerry Washington would break your heart like a white girl. Just all of a sudden she’d be like, “Yeah, I sucked his dick. Whatever.” And you’d be like, “What? We weren’t talking about that.” That’s what “Heartbreak Warfare” is all about, when a girl uses jealousy as a tactic.

For the love of God, seriously SHUT THE FUCK UP!  This over privileged White man decides to wax prophetic about Nigger passes and then tells the world what it is like to be Black.  How is it that one being possesses so much douchbaggery? I suppose he feels that he is being down and edgy with the peeps but seriously, the man knows more about rainbow brite, than he knows about what it is to walk through the world with a real marginalization.

And why oh why does he believe the world is obsessed with his dick? Perhaps Black women aren’t interested in you because you wear the confederate flag like a badge of honour and yet knowing this, you can still lament the fact that we’re just not that into you.  Before using Benetton as an adjective, perhaps he should have given some thoughts to the objections that Blacks have raised regarding their so-called inclusive advertising.  Oh, but that would mean actually looking beyond his limited point of view and everyone knows that if it isn’t about John Mayer, then there really is no point.

Just case you thought that he made it through an interview without his usually misogyny:

MAYER: Here’s what I really want to do at 32: fuck a girl and then, as she’s sleeping in bed, make breakfast for her. So she’s like, “What? You gave me five vaginal orgasms last night, and you’re making me a spinach omelet? You are the shit!” So she says, “I love this guy.” I say, “I love this girl loving me.” And then we have a problem. Because that entails instant relationship. I’m already playing house. And when I lose interest she’s going to say, “Why would you do that if you didn’t want to stick with me?”
PLAYBOY: Why do you do it?
MAYER: Because I want to show her I’m not like every other guy. Because I hate other men. When I’m fucking you, I’m trying to fuck every man who’s ever fucked you, but in his ass, so you’ll say “No one’s ever done that to me in bed.”

What a performance artist  Sex isn’t about two people sharing an experience, nope its about Mayer doing performance art.  He doesn’t want to share with women because he wants to possess them the same way he does a car , or a tv and this is why he feels challenged by women who have had prior relationships.  His ego is so fragile, that he is literally terrified that someone could actually be a better lover than him, which btw isn’t hard to imagine because he cannot conceive of a woman getting of without his mighty dick.