Kevin Smith & Southwest: the tip of the fat-shaming iceberg 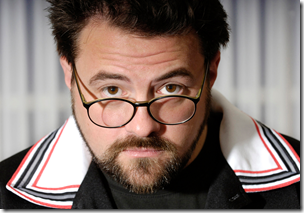 On February 13th, Kevin Smith was asked to vacate his seat on a Southwest airlines flight, on account of being “too fat” to fly. Smith is a very successful director, and when he decided to use Twitter to register his complaint at Southwest’s atrocious behaviour, he reached millions. In a series of tweets, he expressed his anger at having been subjected to Southwest’s Guidelines for Customers of Size, and people listened.

This is what Smith had to say:

“Wanna tell me I’m too wide for the sky? Totally cool but fair warning folks: If you look like me, you may be ejected from Southwest. I know I’m fat, but was Captain Leysath really justified in throwing me off a flight for which I was already seated? Hey @SouthwestAir? F*ck making it right for me just ’cause I have a platform. I sat next to a big girl who was chastised for not buying an extra ticket because “all passengers deserve their space.” F*cking flight wasn’t even full! F*ck your size-ist policy.”

The age of social media means that corporations are no longer able to put a spin on incidents like this. Once a story goes viral, it gains a life of its own. Had this occurred to a passenger without celebrity status, it would simply be chalked up to (largely acceptable) prejudice against amorphous fat people, and forgotten about.

Kevin Smith is a man with over one million Twitter followers, however, and suddenly, the human element in this story was brought to life. Kevin is funny, successful and engaging, and is the opposite of the stereotypes attached to fatness. Many were able to quickly realize that the way he was treated was unacceptable. It is much harder to discriminate against someone once we have come to like them as much as we like Kevin Smith.

Overall, though, fat-shaming is everywhere we turn. It happens in the erasure of fat bodies from the media. Women who are average weight are routinely photo-shopped to appear slimmer. Fat people earn less than skinny people, even though there is no substantial evidence that they are less competent. Doctors routinely ignore the medical complaints of fat people and assume that every illness or complaint is weight-related, even when the patient and medical evidence indicate otherwise.