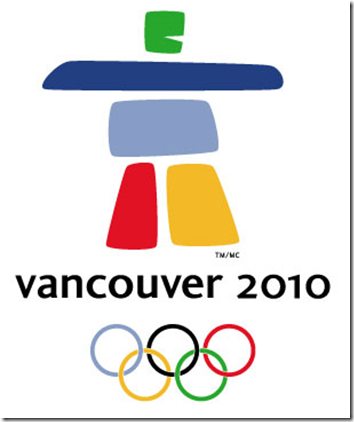 Friday February 12, marked the opening ceremonies of the 2010 Vancouver Olympics. The ceremonies were attended by the Four Chiefs who represent the Squamish, Musqueam, Tseil-Watuth (Burrard), and Lil’wat (Mt. Currie, part of St’at’imc) band councils, because the Olympics are occurring on Indigenous land. Despite their presence, many in the Indigenous community are still opposed to the Olympics:

“Because we have no treaty with Canada, the imposition and encroachment of Whistler – their hydro lines, their highways, their railroad, in fact all infrastructure development for the 2010Games – in our territory is illegal,”

First Nation dancers welcomed the athletes and the world to the Vancouver Olympics, and thus the lie that Canada not only recognizes Native rights, but is proud of our Indigenous citizens, was upheld.

The participation of The Four Chiefs was vital, because the tribes have never ceded control of their land to the crown. Carol Martin, speaking on behalf of the resistance movement and the tent city, challenges the right of these chiefs to act on behalf of the Native People:

“…Elected chiefs get a pay check, the best houses, they get to travel around; they are almost like token Indians to showcase a group of people who are more privileged than the people that live in the real world. They don’t bring our interests to the forefront; they are more like puppets on a string. They are supporting their own families. There is a lot of divide and conquer in this strategy by the government.”

Phil Fontaine, former head of the Assembly of First Nations, who now works as an adviser to Olympic sponsor Royal Bank, carried the torch. When asked about the protests by the indigenous community he responded:

“There are people who see this as an opportunity (for protest). I see this as a celebration,” he said at the Long Plain school following his torch run.

“It’s really a celebration of indigenous cultures … We represent a very positive presence in Canada. We’ve been significant contributors to Canada’s well-being. We will be important, as we’ve been in the past, to Canada’s future. The world should be aware of that.”

Native leaders like Fontaine have been very vocal about the opportunities that the Olympics offers First Nations citizens. However, there are many within the aboriginal community that raise the concern that the Olympics amount to further exploitation of Native peoples.