This is a guest post from Gemna of Gemna Speaks 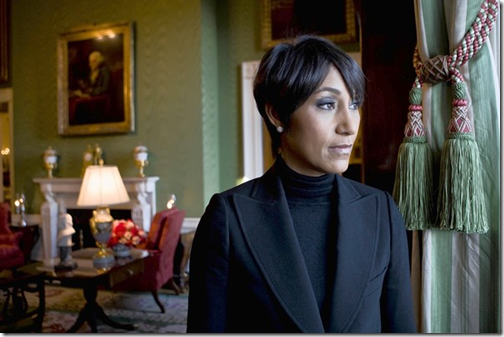 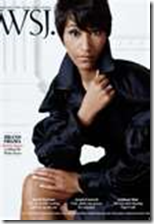 Desiree Rogers, White House social secretary quit, resigned, fired, stepped down, asked to go, left last week. Ms. Rogers came to the White House from Chicago like many members of Team Obama. Much has been said about Ms. Rogers being a fashionista and the gate crasher debacle but very few examine how she became a lightning rod for the Obama’s opposition.

Born and raised in New Orleans by a working class family, many in the media do not acknowledge that not only was she beautiful but smart. Ms. Rogers attended Wellesley College where she earned a degree in political science and received an MBA from Harvard Business School. She joined AT&T as a customer service manager in Chicago after graduating from college in the early eighties. During the eighties, an MBA from Harvard positioned Ms. Rogers as a top income earner. Ms. Rogers was young, beautiful AND smart at a Fortune 500 company that was considered a powerhouse.

From 1991-1997, she worked as the director of the Illinois Lottery; not a party planner as been stated but the director. She and her team implemented a marketing plan that took the once downward spiralling Illinois Lottery and introduced a catchy slogan, “Somebody’s gonna Lotto … It might as well be you”. The slogan, along with a 1-800 number and credit card payment options, had everyone praising Ms. Roger’s genius marketing mind. In 1995, the lottery increased revenue sales by seven percent. When asked about her success at the time, “We’re running a business inside state government,” she said. “We can make things happen.” (Borden, Jeff, “Forty under 40: Desiree Rogers,” Crain’s Chicago Business, Sept. 25, 1995)

With success, came opportunities for advancement. Ms. Rogers entered the gentlemen’s club of regulated utilities. In 1997, she stepped into the role of Senior Vice President and Chief Marketing Officer of Peoples Energy Corp., which served millions in the Chicago area. In 2004, Ms. Rogers became President of Operations for Peoples Gas and North Shore Gas. When Ms. Rogers became President of Peoples, she was in a field that has few minorities and even fewer women at the helm even today. Ms. Rogers was leading operations of a Fortune 500 utility company. Under her leadership at Peoples, she led several high profile investigations while also trying to raise rates. The investigations into safety of pipe corrosion and employees of the People Gas falsifying records were conducted by federal, state, and internal investigators. Ms. Rogers had barely been in her role as President when the investigations started in 2006.

At that time, many in the Chicago business inner circles considered the investigations her biggest challenge and possibly the end of an impressive career. Ms. Rogers (known as a marketing and branding phenomenon) operational skills were being tested at Peoples Gas. She acknowledged the challenges and welcomed the critique. Ms. Rogers was balancing customer safety, strained corporate and regulatory relationships and a needed rate increase at once.

Despite the controversies, she successfully obtained the rate hikes, hired quality control employees, implemented a check and balance system with new training and auditing procedures. In 2008, she was asked to join Allstate Insurance to create a social media networking site to discuss financial products and retirement issues that would put her marketing and branding expertise to work for insurance giant.

During Ms. Rogers rise to the top, she was very involved in social and philanthropy endeavours. She used her professional networks and contacts to raised millions of dollars for many non-profits in the Chicago Area. She also used her network of influential business owners and civic leaders to raise money for political candidates. One of those candidates was President Obama. Ms. Rogers’s relationship with the Obamas spanned many years. She donated over $14,000 to various Obama campaigns and helped raised over $500,000 through her network of relationships, friends, and contacts in his run for the White House. Her ability to raise funds from wealthy donors, called bundling, is why she was valuable as an ally. She was once married to Princeton economics trailblazer, John Rogers with Ariel Investments, one of the largest money management funds in the country. The media’s focus on her personal relationship with the Obamas dilutes the economic and political power Ms. Rogers harnessed over many years of perseverance.

When the Obamas went to Washington, Ms. Rogers was tapped to oversee the Obamas' social calendar. Her business style and flair that made her successful in the corporate world coupled with her understanding of working with politicians was needed in the White House that was going to be known not only as the resident of the President but the “peoples house”. This was a departure from previous administrations that had older Washington insiders that ran the White House. Ms. Rogers’s dedication to the Obamas political success, her knowledge of philanthropy and the Obamas' commitment to the community, and her business savvy were considered assets. The White House was transformed behind the scene in many ways. The public was actually seeing magazine spreads featuring many who were part of the white house staff, especially if they were people of color. From chefs to staff and interns, the once secret life of who works at the White House was now public knowledge. The White House was embracing diversity by showing the public with numerous interviews, specials, and photo shoots. Pop culture was being integrated into the museum like atmosphere of the White House.

Ms. Rogers was one staff member who was featured prominently and as much as the First Lady, Mrs. Obama. Snarkly named the co-First Lady, this may have been Ms. Rogers undoing. Her trips to the fashion shows and photos of her planning events at the White House had become the norm at the new open White House. Ms. Rogers was often a contradiction of the First Lady. While Ms. Obama was often seen in J Crew ordered online, favoured unknown young designers, and kept her clothing choices under wraps until the day of an event, Ms. Rogers did not hide her relationship with famous designers and became the toast of Seventh Avenue. As the First Lady was shaping her agenda and getting her young girls and family settled into a new school and environment, Ms. Rogers was being photographed for Vogue Magazine cover and WSJ. The fashion industry was salivating over Ms. Rogers who was not afraid to show her love of designer threads that loved her back equally. But in DC’s dark blue pant suit society, Ms. Rogers was ruffling feathers. Many felt that Ms. Rogers’ social agenda for the First Couple was more about her and that did not sit well with many inside and outside the White House circles.

By the time the Bravo wannabes gate crashing incident occurred at the White House State Dinner, the writing on the wall for Ms. Rogers was read out loud…she needs to go. With a summon to congressional hearings on the gate crashers that Ms. Rogers refused to attend by evoking executive privilege, it was noted Ms. Rogers’s greatest mistake was attending the dinner as a guest and not working the event was the straw that broke the camel’s back. Security for the President is the job of the Secret Service but the securing the names of the guests was Ms. Rogers’s job. Critics quickly began comparing Ms. Rogers to other social secretaries that many never knew by name or sight. The analysis of Ms. Rogers took her from fashion reviews’ best dressed to the political pundits’ talking points. She became the latest casualty for the administration.

Security for a President who has received an unprecedented number of death threats in his first year of office while at the same time Secret Service openly admitting it is underfunded in protecting him and his family, set many nerves on edge when a couple was able to have photos made with the President and posted on their Facebook pages. This added to the cries that Ms. Rogers’s sophisticated style may be best suited at the Kennedy Center and not the White House where national security should be first and foremost. Having survived federal, state, and internal investigations in the private sector, Ms. Rogers’s critics in the beltway were threading their needles ready to sew up Ms. Rogers’s short stint in the White House.

Ms. Rogers came to work at the White House for the Obamas who she had known personally for many years. Her skills and talent was what they needed the most. Ms. Roger’s ability to run business inside the government thinking was crucial to helping them put their stamp on the White House. The media embraced her marketing and organization skills with style and grace. But often times our strengths can also be our weakness. The same media often criticized her for not being hidden out of sight. Ms. Rogers who led a Fortune 500 company through a major crisis could not be on the frontline at the White House that was trying to change its culture internally. Every major city has its own traditions, culture, and whispered do's and don'ts. Washington, DC is known for eating folks for lunch, even those from Chicago with gracious intentions. What is becoming very obvious is change in DC is coming more slowly than many had ever hoped or imagined. At the same time, the White House that was supposed to have a different culture on the inside is beginning to eat its own for lunch as well.

(Having a family member who worked in the White House, it was something we cherished with pride but we rarely spoke about to the public. We have many photos of him with the President, but rarely was he photographed for the sake of being photographed. A different time…different President. )