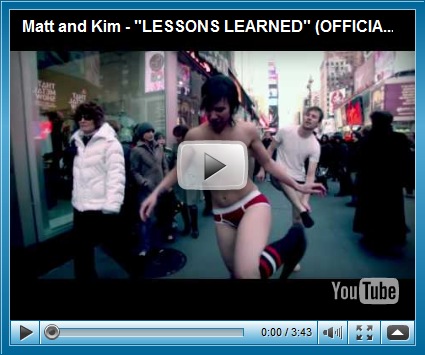 This inspired Erykah Badu to make the following video for the song “Window Seat”. 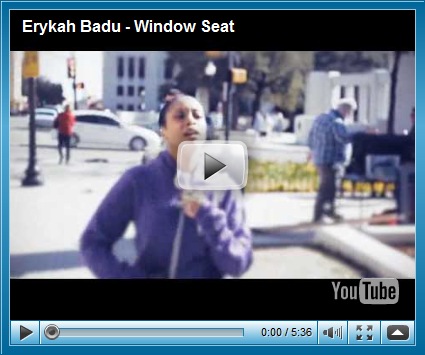 Boing Boing reports that this video was not made on a closed set.  “Erykah Badu tweets, [S]hot guerilla style, no crew, one take, no closed set, no warning, two minutes, in downtown Dallas, then ran like hell... I was afraid. But I was ready.'"

As a piece of performance art, I have to say that this is absolutely fierce.   When one considers that Badu has a history of being slut shamed for her reproduction, to decide to stand naked literally before the world took great courage.  She did so knowing what the historical connotations are of the Black female body and she did it to send a message.

There are many elements in the video.  I think the most overwhelmingly obvious, is that we kill and attack those who fail to conform because that is who we are as a society, despite the so-called culture of individuality.

As I mentioned above, the Badu video was inspired by the Matt and Kim video.  The two have an entirely different feeling though the action is the same.  This leads me to believe that the body that is revealing itself is perhaps more important than than the context that it is occurring in.

When I see Matt and Kim taking off their clothes, I don’t necessarily understand them to be transgressive.  Perhaps their association with hispterism, something I completely abhor spoils the effect, but it does not reach out and grab me in any way.  To me it screams of White people claiming White spaces and I’ve had my fill of that.

Though Badu emulated their actions, her nudity comes with the burden of what it is to be Black and female in the U.S.  Unless Black women are being sexualized, portrayed as violent, drug addict whores, abusive mothers and gold diggers, their presence is curtailed.  To enter every space we have to carve out a niche, because the world does not welcome the unwoman of the universe.

Badu stands nude, yet empowered and full of agency.  She dares to do the unspeakable, unashamed and satisfied.  There are those who may be upset by her usage of the assassination of JFK, and to that I can only answer, how many times have Black female bodies been used as fodder.  How much Black blood soaks the soil of the free?

These are my thoughts….I am very interested to hear yours.  Let it rip in comments.

Editors Note:  The Badu video is now down but you can find it online here.  Thanks to Kateryna for the link