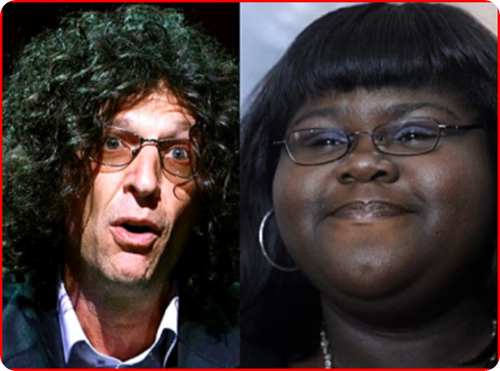 Howard Stern, in case you needed reminding, is the highest paid American radio personality & the ultimate media shock jock. On Monday, on his Sirius XM program with co-host Robin Quivers, he had some harsh things to say about Academy Award nominated actress Gabourey Sidibe.

“There’s the most enormous, fat black chick I’ve ever seen. She is enormous. Everyone’s pretending she’s a part of show business and she’s never going to be in another movie,” he said. “She should have gotten the Best Actress award, because she’s never going to have another shot. What movie is she gonna be in?”

The immediate instinct is to be critical of Stern, because his comments clearly convey fat-hatred, sexism, and racism. Gabourey is indeed fat and female, but calling her “enormous” and a “chick” was just a way of shaming her.

Yet Howard Stern was true to form. He was offensive. He was also accurate.

We live in a world where fat people are not exactly appreciated. Fame was not enough to keep Kevin Smith from being thrown off of a plane. Though this was an incident of clear discrimination, many openly applauded Southwest’s decision to do that to Smith, because we believe we can always shame a fat person into conforming to the prevailing aesthetic.

When Jessica Simpson was attacked by the media for looking “fat” in her infamous mom-jeans, we forgot that she was actually a size four. The media much preferred her in Daisy Duke shorts, even if that weight was not healthy or sustainable. The shame caused Simpson to create a new reality television show called “The Price of Beauty,” to explore what women across the globe are forced to endure to be considered beautiful.

It remains to be seen whether or not Stern’s assertions about Sidibe’s movie career are indeed correct. The actress has already signed on to play a student in the upcoming Showtime comedy series, “The Big C.” What is certain is that her weight will play a significant factor when it comes to the roles she’s offered, and her earning potential.