It seems that Naked Women are Props for Robert Pattinson

Nothing like disembodied women to make a man look manly. 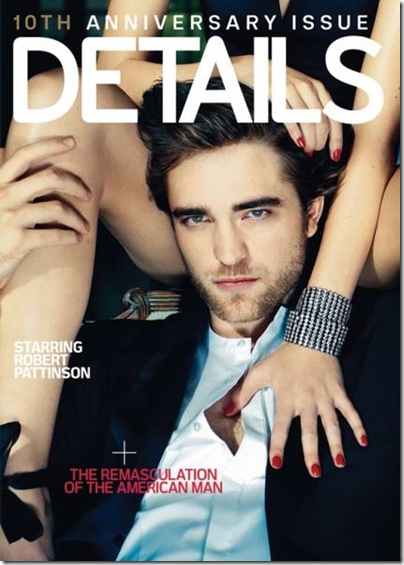 Did you pick up on the catchy little title?  “The Remasculation of the American Man.”   Wow.  Since when is masculinity or patriarchy actually threatened?  When did White men of class privilege stop being the top of the pyramid? 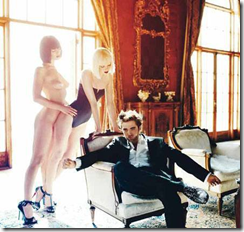 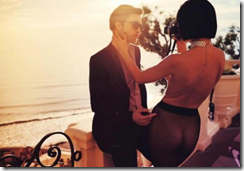 The above images are for the March edition of “Details” magazine.  It seems that what real men do is sit front and center while women function as a prop to make them more manly.  A woman is not a prop and though Pattinson is “allergic to vagina” the mere fact that he was willing to participate in a photo shoot in which women were exploited, is reflective of his willingness to trade in on his patriarchal privilege.

Photo shoots like this are common place.  Even when they make no sense, men like Adam Lambert have been more than willing to pose with women to present an image of masculinity that is always dominant to womanhood.

The women in the above images have no personhood, they are simply objects and that is the way that women are routinely framed in the media.  Is it really any wonder that women continue to lag behind in every social sphere, when our existence is only deemed necessary, when it serves the purpose of maintaining and uplifting patriarchy?

I don’t want to hear about agency, or the fact that women chose to pose for these images because quite frankly, on a daily basis marginalized bodies act in ways that support the oppressor because they deem it necessary to navigate the world.   Their individual choices do not in any way take away from the objectification of female bodies.  One can always point to a marginalized body to justify any behaviour, if avoiding culpability is the objective.  Republicans have a gold medal in such behaviour, with their promotion of sell-outs like Michael Steele, and Jesse Lee Peterson.

Images like this are important because they tell a story.  Encoded within the images is a message regarding which bodies are valued and which bodies are understood as disposable.  Because the media is an agent of socialization, not only does it present the current norm, it plays a large role in informing our youth of the manner in which gender is culturally understood, and therefore; there is more at risk than the individual agency of the models who posed for the above pictures.  Supporting women does not mean validating all of their choices; however, it certainly means questioning the ways in which we are all impacted by the decisions of the individual.