Jesse James and the Fallen Woman 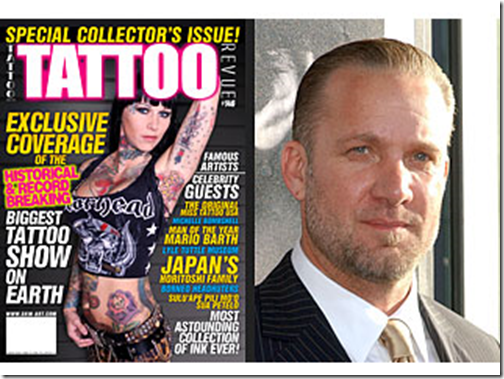 Jesse James, Sandra Bullocks husband has reportedly cheated with Michelle McGee.  Sandra has moved out of the family home and James has apologized for his actions.  This should be the end of this conversation and yet the shaming of McGee is in full swing.

I like Sandra, from the interviews I have seen with her - she seems like a woman that I would really enjoy sharing a beer with; however, the Madonna/Whore binary that this story is creating in her defence is harmful to ALL women.

Look, McGee would never have been in the position to sell her story had James not gone out and had an affair with her in the first place.  She acted like an unscrupulous business woman and waited until Bullock had achieved the peek of her career to drop her bombshell.  James should have read the tattoo on her forehead, “pray for us sinners” and taken it as a literal directive.

When Kyra Philips held up McGee’s picture on CNN while reporting on her she called the woman “gross". As usual “The View” ladies had nothing positive to say in their little chat about the affair.  The commentary at People Magazine is also filled with vitriol.

As usual, when a celebrity man cheats, the slut shaming of the mistress is the result.  McGee is routinely referred to as a skank, ugly, and a ho.  People have attacked not only her behaviour, but her very being by commenting on her tats, as though they are a marker of depravity. Her motherhood has been called into question, thereby; affirming the saintly construction of motherhood which is harmful to women.

It’s one thing to adore Sandra Bullock, but it is another thing entirely to engage in behaviour that is harmful to all women.  Sandra may be the wronged party but she is human and therefore no saint and the idea that putting her on a pedestal and then demonizing McGee is acceptable, is just harmful to women.  We need to stop disciplining the other woman as all this does is control women bodies and sexual behaviour.

We need to stop involving ourselves in these celebrity relationships as though we are the wronged party.  At the end of the day, Jesse James may have a lot to answer for, but that issue is between him and Sandra.  Whatever McGee did or did not do, did not cause Jesse James to cheat and making her wear the burden of his infidelity is just one of the ways we make women responsible for the sexual behaviour of men. McGee may not be a saint but is any of us really? And does publicly slut shaming and denigrating her, advance the cause of women in anyway?