Monstrous Musings: The Monstrous Mother: From Beowulf to Coraline 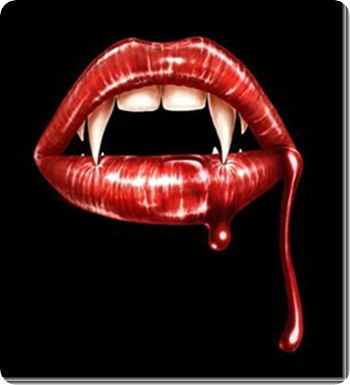 Quick - can you name a few monstrous mothers or mother figures? I can hear you now listing off the many cruel stepmothers from Disney, the Mommy Dearest who so hated wire hangers, the abusive mother from Precious (yeah Mo’nique!), the evil mama from Carrie, the dead mom from Psycho that turned Norman Bates, well, psycho.

Now, how about a few demonic dads? Having more trouble here? Can’t think of many deadbeat Disney dads or fairy tale fathers destroying their children’s lives? Nope, me neither. There are a few - Daddy Jack from The Shining being one of the most prominent in my mind. More often though, dads are cool, as in Lion King, Enchanted, and Night at the Museum. They are world class purveyors of adventure (Indiana Jones), great scientists (Nim’s Island), rags to riches geniuses (The Pursuit of Happyness), or caring cool guys (Twilight). They let you race horses (Dreamer) or teach you about protecting the environment  (Fly Away Home).

Moms, on the other hand, are often portrayed monstrously. They exploit you (Cinderella), are jealous of you (Snow White), beat you (Precious, Mommy Dearest, Sybil), care more about their “silly” feminist aspirations (Mary Poppins) and all too often up and die on you (too many films to mention!).

Coraline, recently out on DVD, is no exception to this historical tendency to turn the mother into monster. Based on Neil Gaiman’s popular book, the film tells the story of the woefully misunderstood Coraline who discovers an “other world” ruled by her monstrous “Other Mother.”This dreamlike other world starts out rather enticing but soon devolves into a nightmare, replete with an OM (Other Mother) who looks more mutant spider than Betty Crocker. As Judy Berman writes in her Salon piece, “The Other Mother Coraline encounters in her newfound paradise is a saccharine '50s housewife who spends her time cooking delicious meals and gushing over her daughter. It doesn't take long for Other Mother to become selfish and needy, begging and then demanding that Coraline remain in this bizarro realm forever.” As such, the OM is your typical Freudian nightmare, threatening to gobble you up with her needs.

However, back in reality, Coraline’s real mother is also quite monstrous. Her constant refrain is “I don’t have time for you right now” and she is depicted as neglecting Coraline not only emotionally but also physically (offering up meager lunches such as a mustard-catsup-salsa-wrap).

As Berman argues, the OM is a “a nightmare vision of a domineering matriarch.” One of her many monstrous traits is her ability to emasculate Coraline’s sympathetic father. While Berman feels “there may be a feminist undertone” to the film given that OM “exhibits all the selfish, neurotic delusion of a woman confined against her will to the domestic sphere,” I agree more with Gary Westfahl’s “Mommie Dreariest” review, which contends that the film depicts everything as mommy’s fault. Noting “the commonplace analogy between black widow spiders and domineering women” the film relies on is “ found nowhere in the book,” Westfahl argues the film makes Gaiman’s quasi feminist tale into a decidedly anti-feminist nightmare. As Westfahl points out, Wybie is turned into Coraline’s savior in the film (and a white-washed one at that) while the original book had Coraline saving herself.

Nonetheless, both book and film rely on the trope of the monstrous mother, the woman who threatens to at turns devour you, change you into a scary replica of herself, obliterate you altogether, or destroy your dear old dad. As the cat says of OM, “She wants something to love. Something that isn’t her. She might want something to eat as well.” This monstrous mom, as films from Cinderella to Enchanted teach us, do not want what is best for their children, rather, they are evil, jealous, and controlling. They are the crazy ladies in the attic, the ones locked away so charming dad’s can usher their sons and daughters into a world devoid of scary feminine power and sexuality.

This scary, monstrous sexuality is further embodied in the Coraline film by the eccentric spinster characters Miss Spink and Miss Forcible. These retired performers embody the laughing-hag motif immortalized by Bakhtin – their large bodies, exuberant laughs, and bountiful breasts threatening to sMother the ultra-thin (read ‘normal’) Coraline. They, along with OM, are monstrous caricatures of femininity – to loud, to strong, to loving, to bodily.

As A. O. Scott writes in the NYTimes review of the film, “Coraline explores the predatory implications of parental love — that other mother is a monster of misplaced maternal instinct.” Yet, why are these predatory implications so rarely housed within narratives that present monstrous fathers? Barbara Creed, in her fabulous treaty on the subject, The Monstrous Feminine, reveals that when females are constructed as monstrous it is almost always in reference to their capacity to reproduce and mother. In contrast, male’s ability to reproduce is usually depicted as heroic and world-changing (as literally making history possible) with their ability to father most often presented with wondrous awe (of the ‘oh he as a penis and he can make a bottle/change a diaper too!’ variety).

Alas, seems we have not come all that far since Beowulf, when Grendel’s monstrous mommy was dangerously sexual, able to penetrate intrepid heroes with her phallic talons. A castrating threat, she is not all that different from Other Mother – except now, here in 2010, monstrous mothers pose similar threats to females. Now, not only does the mother threaten male rule and masculine bravado, she also threatens to make females AS monstrous as herself. Thank goodness for the likes of characters such as Wybie, who are inept and shy, yet still can ride in to save the day so that our damsels don’t turn monster. Ugh.