Pamela Anderson is too hot for Australian Television 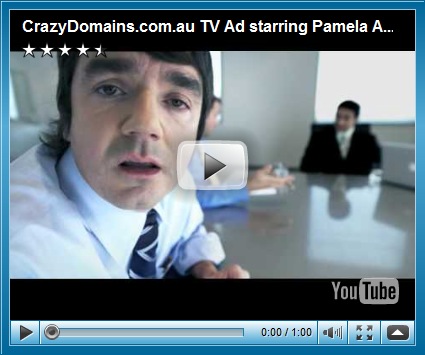 It seems that Crazy Domains got shot down when they attempted to air the above ad on Australian television.  How exactly Pamela Anderson in a bikini getting covered in faux spunk relates to online domains is beyond me.  But then we are talking about advertising, so why bother to think of something unique and memorable, when its so easy to exploit women right?

According to The Sun:

But the racy commercial has been banned by Australia's Advertising Standards Bureau after it sparked hundreds of complaints.

The Bureau's president Fiona Jolly says: "It's meant to be a cheeky, over-the-top depiction, but in the bureau's view it did cross the line."

The managing director of Crazy Domains, Gavin Collins, has blamed "feminist bloggers" for stirring up the controversy and is now fighting the ban.

Well, the nerve of feminist bloggers demanding that women not be treated like sexual props to sell products.  Just imagine the lunacy of a world in which women are treated like people instead of sexual objects….since that would mean the end of patriarchy, we cannot allow that to happen.

How dare women come together to use their voices to effect change.  Aren’t all women on the internet supposed to be engaged in blogging about making sandwiches and diet tips?  With all of the problems in the world how dare they not concern themselves with real problems?

There will be those that whine and cry about censorship; however, speech in only valid when it does not cause irreparable harm.   When women are constructed in this way, it supports sexism and creates women as second class citizens.  Your right to have your say should never impede the right of another to exist with basic human respect.   There has been a lot of commentary regarding Australian fails online; however, this time the government is certainly in the right.  If the government does not speak for the minority, they will always be at the mercy of the majority.