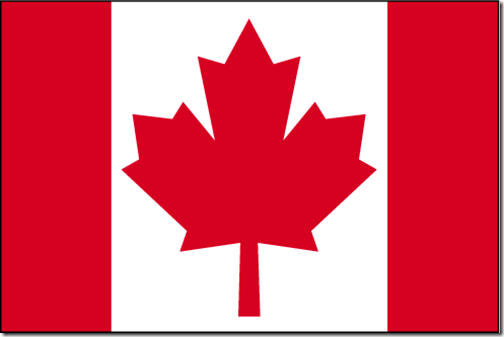 Wednesday was the annual speech from the throne.  One of the largest surprises to come out of this was a promise to "examine the original gender-neutral English wording of the national anthem."  According to Yahoo Canada, "Andrew MacDougall did confirm they are referring to an examination of the phrase "in all thy sons command."

Though the suggestion did receive support from the opposition, it was not without qualification:

"But I mean no disrespect for those who feel strongly on this issue but for heaven's sake, we've got some very important challenges and every time the government is asked to do something real, it does something symbolic."

"I find it interesting though that they're caught up in this concern about language and they're forgetting absolutely that equality is dependent on a whole number of other things that are missing from this throne speech," said Mathyssen, noting there is no mention of a commitment to affordable housing or child care in the Conservative blueprint.

"It's lovely to have words but this is a government of words. I want to see some actions."

Liberal MP Judy Sgro said she has never been bothered by the lyric and accused the Conservatives of diversionary tactics.

"I think they look at all kinds of diversions to get people thinking and talking about other things rather than the $56 billion deficit and the unemployed and all the other issues we should be talking about," said Sgro.

Diversionary tactic or not, there can be no denying that the words “in all thy sons command” are not gender neutral.  They are in fact indicative of our belief in the gender binary and a social desire to privilege masculinity.  That the suggestion comes from the conservative government does not make the wording somehow less problematic.

The fact that these words exist in our national anthem is proof of the ways in which sexism is systemic.  Changing the national anthem will not reduce the degree that men continue to live with undeserved privilege, nor will it eliminate our modernist belief that gender should be divided into a binary rather than a both/and  construction.  Does this mean that we should abandon the effort to change because it will not bring a sweeping change to the ways in which certain bodies continue to be discriminated against?

The Harper government has never sought to address systemic inequality and has in fact offered band-aid solutions to many of Canada’s issues.  Instead of following through with a national daycare program, each family now receives 100 dollars a month of taxable income to offset daycare expenses until the child is six.  Child poverty continues to be an issue because parents are poor and access to affordable housing continues to diminish.

The suggestion is indeed a nice symbolic change; however, unless it is followed by other initiatives to reduce inequality between men and women, as well as eliminate the discrimination faced by those who are non gender conforming, this will amount to simple window dressing.  If the Harper government had a history of caring about marginalized bodies, it would be much easier to look at this suggestion as being indicative of a real desire to make change.  The change in the anthem would be a wonderful thing, but it should be accompanied by real policy initiatives that make the proposed new lyrics have real meaning.