Spark of Wisdom: The Closet’s Most Damaged Victims 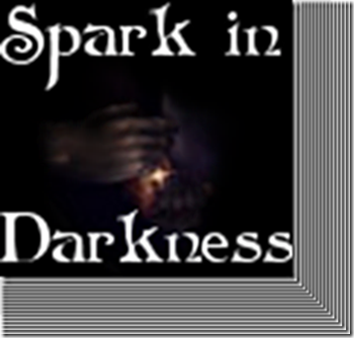 One of the perennial scandals among the forces of homophobia is when the virulent, hateful, bigoted homophobe is caught in a gay bar. Or visiting a gay prostitute. Or having a "wide stance" in a public toilette, or otherwise seeking sex with those nasty nasty gay men they revile so much.

And there are many feelings when they are revealed. There's a certain amount of cruel satisfaction in seeing such a vicious enemy brought low in such ironic perfection. I admit, there is a certain justified crowing and now small amount of glee at such revelations. That is understandable – after all, such vehement haters being brought low can only be a way forward for GBLT people - it is reasonable to be happy at such a victory.

There's also a certain amount of anger - and that's pretty understandable as well. These people fight against every right we have, every protection we have. They fight against equality, basic justice and so many of the things that we need to make our lives work. They fight against our basic rights, against the basic protections we need and contribute towards the hatred and even the violence out there. We have damn good reason to be angry with them - all the more for their hypocrisy.

But there is another feeling I have here that eclipses both - pity. Deep and abiding pity.

Because these men are victims. They are one of the many victims of the closet that damages and destroys so many of us. In many ways they are victims as damaged and broken by heteronormative society and the demand that we hide and repress ourselves as much as all of our fellows who are driven to take their own lives.

We grow up in societies that tell us we are wrong, flawed, diseased. We are bombarded with messages that our expression is unacceptable - or fetishistic, weird, perverse. We are invisible or the freak show, non-existent or the stereotype,  or people whose love needs to be punished. Kissing or holding hands in public is an act of courage for us and too many are subject to violence of any public expression of our sexuality.

So we hide. So very few of us have removed the closet from every single facet of our lives. We hide and we act and we pretend. We wear the mask. We lie. We act. We ask ourselves the question over and over - is it safe to be me here? Is it OK to be me here? Am I allowed to be me here? Because it can't be assumed and we cannot relax, there is too much risk in being ourselves in too many places.

I remember playing that game - still do play the game far too many times. It's exhausting, to always be on guard, to be constantly censoring yourself, checking yourself, making sure the mask hasn't slipped. It's soul destroying, to constantly deny yourself, hide yourself, pretend to be something you're not. And it's shaming - shaming to know that by hiding you're agreeing and supporting the idea you are wrong, flawed, broken. Shaming that I bowed - and bow - to the idea that I'm not ok. That I should hide. That I should spare straight people my gayness.

Slowly but surely, the closet destroys a part of you.

And then I look at people like these homophobic politicians and my heart bleeds for them. Because they are some of the closet's most damaged victims. They're so far in the closet, so far in self repression that they have lived decades of denial and self-hatred - decades where the only true expression of their sexuality they have is a hook-up in a toilette? Lives without any expectation of as true connection, without any expectation of living as themselves. Lives where they can never ever take the mask off - not even in their own homes?

They hate us? I'm not surprised. Can you imagine being so repressed, hating yourself that much, hating what you are that much then looking out and seeing people like you who are FREE? Who have escaped the closet, the self-loathing, the acting, the lies, the shame?

I pity them. From the bottom of my heart I pity them. And I'm sorry, I'm so sorry that we have societies that have done this to them. That have raised them with such self-loathing, such self-repression, such shame and hatred that it has blighted their lives to such a cruel degree. I'm so sorry this was done to them.

And I promise that I will continue to work and fight to stop any more kids walking down your painful, self-destructive road.