A Spark of Wisdom: The Danger of a Single Story 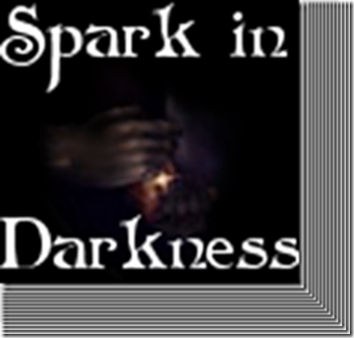 Anyone who has seen my LJ now and then has probably seen that I often poke at how gays are portrayed in the media and - especially - in books in light of various dramas around the m/m genre. I have been active in my thoughts, criticisms and frustrated ranting about the various ways gay men are portrayed in the predominantly female lead m/m genre.

There’s a lot I can say on the subject, many many ways I can rant and rave. But that would take at least a month of columns and has probably been said elsewhere and far better.

Instead, I’m going to say why it’s important - not just important for gay men who are having our stories appropriated (not something I find NECESSARILY bad, albeit rather problematic) but for all marginalised people who find they are the “other” in another’s story.

This is one of the major problems - in fact, I’d say it is either the major problem of a major element of the problems we see throughout portrayals of marginalised people. Whether it’s writing the other respectfully, appropriating marginalised groups, arrogantly presuming to tell a marginalised group’s story or perpetuating stereotypes and tropes - ultimately the problem is caused or exacerbated by the paucity and narrowness of stories out there. Or, as Chimamanda Adichie said in this great speech (it’s long but well worth it) the danger of the single story. 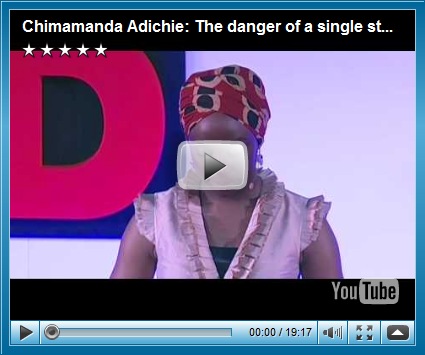 This inspired a comment I put in response to a thread during the many discussions about appropriation in literature, which sums up a lot of my thinking on this.

As I’ve said before, I am an avid reader. Sitting in my study, I am surrounded by book shelves. Our bedrooms and hallways have bookshelves rammed wherever I can fit them. My loft is filled with boxes of books I have no room for, my computer is rapidly filling with e-books, even though it’s not my preferred format. I read a lot and I own a lot of books. Second only to my book collection is my collection of DVD box sets - I am terrible at remembering to watch a series on television - so if I see something I like I buy the box set. Usually the cheesier the better. I love me some cheese.

I cannot say the same about marginalised bodies. I would say almost half of my books and dvds contain NO marginalised people at all - at least in anything more than the tiniest cameo. Of the rest the role is almost invariably secondary, a supporting character, a bit part, the sidekick, the adjutant, the hanger on. Often exacerbated further by being a terrible stereotype or cast away, sacrificial character.

But it’s not just prevalence that is the issue - it’s also the diversity of the stories told. I look at how straight, white, cis-gendered, able bodied men are portrayed in my library...

They’re everywhere and they do everything. Their story is not only told a thousand times, but it’s told in a thousand different ways. When someone adds another story about them it just adds to a huge diversity that is already out there – every characterisation is just one of a huge body of characterisations.

When marginalised people are portrayed, we don’t get the same diversity of storytelling. Marginalised people aren’t found in every book and when they are they are so often adjutants to the main character – sidekicks and love interests, foils and friends, bit parts and walk-ons, advisors and followers. Their story isn’t told – they’re a part of someone else’s story.

And in the few cases where our story is told - usually in passing, usually as a side note - we do the same thing every time, we walk the same path every time, we’re the same personality every time. The same stereotype, the same tropes, the same inevitable paths. We have a single story, the same narrow path, the same well trodden tropes.

And worse - these narrow stories mean that is how we are seen in the real world.  No-one looks at the portrayal – or even the real life actions – of a straight, white, able bodied, cis-gendered man and says “all of them act that way.” No-one looks at the stereotype and says “all whites are like that. All straights are like that.” Because one of the aspects of privilege is being granted status as a PERSON. Not an issue, not a thing, not an ‘other’ not as a group representative. Being privileged means being treated like an individual - because being privileged means having a thousand stories, a thousand experiences, a thousand portrayals. Being privileged means people see you as anything, as everything - because they have seen you as everything and anything.

This is why writing the Other can be dangerous and harmful. Because we cannot be everything and anything - media, literature, the world around us tell us very firmly the few, narrow things we are allowed to be.

Is your portrayal of another gay couple that die young and tragically harmful? Probably not inherently - but when it piles up with all of the gazillion other dead gays then it’s problematic - because you’re further echoing the single story. Are there no Middle Eastern terrorists? Yes, of course – but that story has already been told to the point of nausea. Are there no woman who need rescuing? Of course there are - but there’s more to women than helpless damsels in distress. But their story is eclipsed by endless women rescued by men - and every new repetition of the same old story further banishes those other stories and shouts the stereotypes in ever greater volume.

And that volume reaches our real lives, our real experiences and how people treat us. It becomes how we see ourselves, how our young grow up seeing themselves and how society views us, treats us and judges us.

It’s not ‘just’ fiction. It’s not ‘just’ a story. These are the stories about us - and how you tell them dictates if we’re going to become those narrow, single stories again, or whether we’re allowed to be more.