A Spark of Wisdom: Popular homophobic tropes that need to end and why 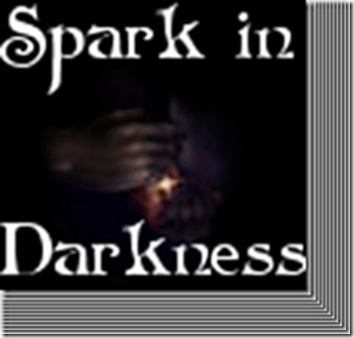 In the name of common sense, the following phrases need to die a slow and painful death. I'm going to use homophobes as an example here (because it's what I'm most familiar with) but really, this applies across the board to just about every ism there is.

There are certain common threads that are often used by the forces of privilege, cluelessness, prejudice and general whatthefuckery out there that need to die now. Either stop using them or there needs to be a new Godwin-type law where we acknowledge that using them completely destroys any point or argument you're trying to make. They're tired, they're old and they're meaningless and they've become almost as offensive as the crap they're used to defend.

Yes you are. If you weren't, you wouldn't feel the need to say that, followed by a 'but' that proves it beyond doubt.

I have gay friends

Probably the most tired and stinking of all of these rotten tropes, the "I have gay/black/jewish/female/whatever friends" has been a rallying cry for bigots for far too damn long to such a degree that it has become a perfect way to IDENTIFY a bigot. Only homophobes and the hopelessly privileged feel the need to wave their gay friends around as some kind of defence (because non-prejudiced folk don't NEED to). Sadly, this is not only becoming more common, but is also becoming official as no end of political parties, businesses, organisations etc get themselves some prominent gay members for some helpful rainbow-washing

There are no doubt many things wrong with this excuse, but 3 spring to mind:

2) Even if you DID have gay friends it wouldn't mean anything. Your 'friend' doesn't feel the need to add stress to every social occasion by calling you on your bullshit? Maybe they don't want a confrontation? Maybe you should take the clue everyone's giving you and realise that you may, just may, be forcing your gay friend to tolerate a lot of shit every time they spend any time with you.

3) Your gay friend does not give you a pass on homophobia, even if they're willing to let it slide, that doesn't mean everyone else has to.

I didn't mean it!

See, people need to learn what this means - it means you have failed. It's not an excuse, it's an admission of error. It's not a justification, it's an explanation of why you've DONE SOMETHING WRONG.

You didn't intend to hurt or offend people? Well you did. You, therefore, failed. That doesn't justify your actions or words nor does it absolve you from apologising for it or trying to make it right. It most certainly doesn't if your error was careless or inexcusably clueless.

Your intention, especially your clueless, thoughtless intention, doesn't absolve you from or justify the harm you cause.

Yes, gay technically means happy - though no-one has actually used it in that context since the 1950s. Yes a f*ggot is a bundle of wood used for lighting fires (a definition so obscure, most people don't even know it and hasn't been used commonly for freaking centuries). Yes, queer is something strange or odd.

And? When someone says "fucking queer" or calls someone a "f*ggot" or says that something is "so gay" I can guarantee you that these archaic dictionary definitions were the furthest from their minds. Because we have something called CONTEXT which makes it blindingly OBVIOUS what is meant and no amount of obsolete and dusty dictionary quotations are going to change what the words ACTUALLY mean.

Language has changed - it's not a slur any more!

Says the privileged people to which the slur doesn't apply. You don't get to say what does and doesn't offend the marginalised (seriously you don't. Because I am PAST SICK of straight folk telling me what is and isn't homophobic).

And guess what? It hardly ever HAS changed. Gay is used as a general insult or label for things that are bad even when unrelated to sexuality NOT because language as changed - BUT BECAUSE BEING GAY IS SEEN AS BEING BAD. Gay is an insult because BEING gay is seen as negative. That is insulting. And the same applies to "retard" and "lame." They are seen as negative because the people the words originally described  are seen negatively. And, yes, this certainly applies to "gypped" and "jewed"

But everyone does it!

Yes, bigotry and prejudice is awfully common. Thank you so much for adding to this and making it even MORE common. Because it's appreciated. Really.

Seriously - do you expect the fact that there is homophobia EVERY FREAKING WHERE to make me feel happier about your homophobia? It is common because you are adding to it and defending it.

These need to end. They're old excuses that have been pulled out so many times that they're permanently engraved on bingo cards. Using any of these tired tactics doesn't defend your prejudice - it proves it.