Spark of Wisdom: Tolerance VS. Acceptance 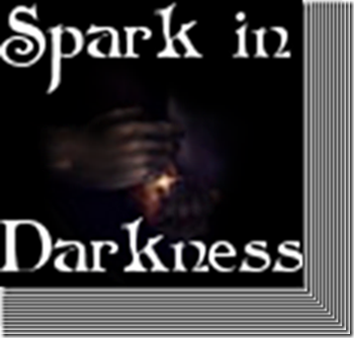 I have been thinking, in a random sort of way, about the difference between Tolerance and Acceptance.

First the difference - to use a couple of trivial examples: I ACCEPT that Beloved, despite being the ripe old age of 28, still decides to dye his hair colours that would make a hippie gasp, it's part of the cuteness of him. I ACCEPT that he will burst into song for no apparent reason. I accept that he loves his shiny gadgets that we'll never use but he gets so enthusiastic about. I ACCEPT his unholy love for all things spicy. I even ACCEPT his sudden obsessions that he will abandon within a couple of weeks after turning our lives upside down for them. I accept these things, they're part of the things that make  him who he is. They're delightful little quirks that are a part of my life and I'm generally happy about.

I TOLERATE him being a morning person that will not be quiet before noon like any decent human being. I TOLERATE him putting away things before I'm finished with them. I TOLERATE his damn fishies. I TOLERATE him constantly borrowing my car because he will keep tinkering with his. I TOLERATE these things. They annoy me, they vex me and I'd much rather they go away and if exposed to them for any length of time I'm likely to get rather irritable. I don't like these things, but I am prepared to endure them.

Some time ago, on my LJ, I made a promise to myself. I promised myself that I would be as uncloseted as possible. I wasn't going to announce the wonders of manlove at the Westboro Baptist Church Guns & Flamethrower convention, no but I promised to avoid the little lies, the evasions, the endless avoidances and silences I used to keep me within the shadows of the closet..

And I was surprised - because of the number of people who knew I was gay, apparently had no problems with my being gay and reacted well to me coming out - were suddenly a lot more hostile to my STAYING out. They had no problems with my gayness - just with my being gay. Talking about Beloved, or what we had done on the weekend or my life in general was seen as provocative. I was annoying them by not hiding my gayness, despite my topics being exactly the same as theirs.

They didn't accept me. They tolerated me, they endured me - and I was testing their tolerance.

Another was happy to gossip and talk with me. We gossiped about hot guys and hot celebrities, watched the eye candy. And she was very very pleased with herself. Very pleased - proud in fact, because she was doing such a nice thing and was such a nice person.

Is this acceptance? Because we don't normally pat ourselves on the back for being nice to someone. But for tolerating someone? I think she tolerated me - and expected kudos for her effort. because if it wasn't effort, if I was just a natural, normal part of accepted life - why should she expect cookies for it?

Tolerance has been a large part of the fight for equality and it certainly has it usefulness, especially in the early movements. When people, especially the powerful and/or majority of people think it's ok, even laudable, to attack/kill/drive you out then arguing for full acceptance can seem like a distant dream. We argue for tolerance because our very existence is not tolerated. We argue for tolerance when it's not even about equality - it's about living and being able to have a life with even a modicum of safety. We argue tolerance out of basic SURVIVAL.

But I do not want to be tolerated. Obviously, I'd much rather be tolerated than not tolerated at all - I like my body unbruised, my blood to stay where it should be and my limbs unbroken. So, yeah, I'm not going to throw tolerance out. But it's not what I want.

I'm not some trial to tolerate, some burden to endure. You don't get any cookies or praise for putting up with me. I'm not something foisted on you. I am a part of society, a part of this world, a part of my country and culture, a part of my workplace and neighbourhood.

I am a part of this life. I want - I demand - to be accepted as that, as me, as having a place here and a right to be here. Not some other you magnanimously tolerate.