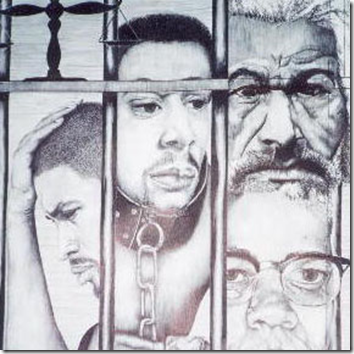 Saturday, March 20th, Tavis Smiley convened a panel to discuss the Black Agenda in the age of Obama. The panellists included such people as Dr Michael Eric Dyson, Angela Glover, Reverend Jessie L. Jackson Sr., Dr. Cornel West, Louis Farrakhan and Dorothy Wright Tillman. The We Count panel replaced Smiley’s annual State of the Black Union conference, but the format remained similar. All participants were members of the Black intelligentsia, with no representation from poor Blacks that the panellists’ expressed such concern for.

Tavis Smiley posed the following question to begin the discussion: “How do we advance and African-American agenda in the era of Obama and how do we do that in what many are calling a post-racial America?”

This question coming from Tavis Smiley is quite interesting, considering that he has a history of expressing displeasure with Obama. The panellists were quick to affirm their own problems with the Obama administration.

In response to Tavis, Ms Tillman had this to say:

“President Obama is not addressing the Black agenda. President Obama has been told that it’s alright not to address our agenda. So if you don’t address it, don’t worry about it, ‘cause they going to be quiet. He been told by the little birds in his ears. Because we are so happy to have a Black face in the White house that we have to get back in that place where they had us before.”

Though this commentary supposedly came from a place of love, the overwhelming message was that Obama has failed to place the needs of African-Americans at the forefront, because he continues to hold a high approval rating among them and received 97% of their votes. For as long as he is beloved, it was suggested that he will not be inspired to act.

Many White Americans believe that the United States has moved to a post-racial state, because it has elected an African-American president. This flies in the face of all of the systemic inequality that continues to exist.

“The forces around power is always the real power. President Obama does not run this country. President Obama has been chosen to govern White affairs and if in that process we get something, it won’t be because the governing powers want it , it will be because we organized and forced a government to speak to our needs. I like you am very proud that a Black man sits in the White house but I understand very clearly and we should all understand that it is the White house… Do you think that having a Black face in the White house means that we don’t have to make him do it? We have a right to expect something from our brother, 97% of our people voted for him.”

Years of work went into electing Barack Obama. Even as Lincoln read the Emancipation Proclamation, Blacks were dreaming of the time when they would have a seat at the table. From Shirley Chisom to Jesse Jackson, politicians and civil rights leaders have struggled so that one day a Black face would become the face of America.

Now that the dream has been realized and the cup still remains empty, it is reasonable to suggest that the struggles have not reaped the benefits that were projected onto this President. As Obama has repeatedly said, he is not the president of Black America, but the president of all of America.

Even as the panellists were critical of Obama’s top-down solution to poverty, the irony of the fact that they were themselves privileged was not once remarked upon. Not only did the men outnumber the women, but they were all able-bodied, cisgender and heterosexual. That this basic fact went unremarked upon suggests that perhaps the real agenda is not equality for all but the rise of a Black middle class that rivals the current middle class, which is largely made up of White able-bodied, cisgender and heterosexual people. Repeating hierarchy is not freedom.