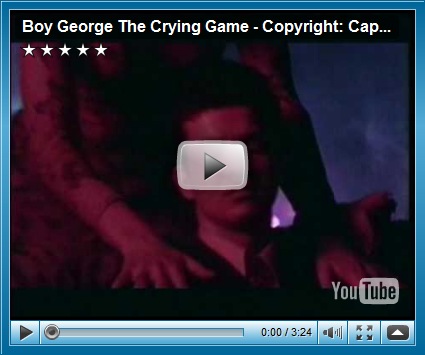 Okay, so maybe my friends have a point about my love of aging British pop stars, but I LOVE Boy George.  When this song came out, I was just learning about different sexualities and the way in which gender is constructed.  I think back at those times and realize all of the assumptions I made based in the fact that I had grown in a culture that privileges not only my sexuality but my cisgender body.  Today I know that there were a lot of problematic messages in “The Crying Game” the movie to which this became the title song.  (Little known fact of the day: George actually wrote this song long before the movie.)  At any rate, that movie and this song was what got me thinking that perhaps my truth was not universal…gah young ignorance eh? 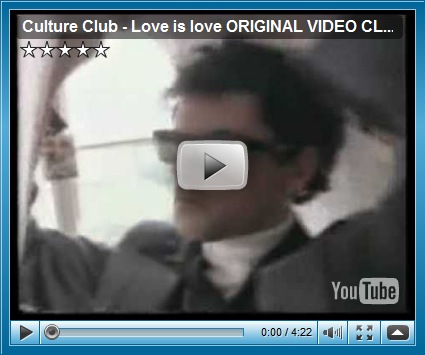 “Love is Love” is one of my favourite Culture Club songs.   Boy George was the first gay man that I saw on television.  I remember asking my parents if he was male or female because at the time, it was really important to me to discern gender because I had not been taught how damaging the gender binary is.  I thank George for not only this song, but every song he has ever written or performed because as I said earlier, he was quite often the spark that caused me to challenge dominant ideas.

In recent years he has had a lot of difficulties.  There are those that are quick to dismiss him as though he has not given something wonderful to our culture.  I think we need to hold on to Boy George because he is a talented musician and because he was/is never afraid to be who is is, warts and all.   Most of us just go through the motions like little automatons and never figure out why we are so unhappy.  Life has not been kind to Boy George, but at least he has the courage to face it head on, which is more than I can say for a lot of people.

Your turn, please share your memories related to any Boy George song or share, or share your favourite Boy George/Culture club song.  Don’t forget to mention why it means something to you.