What Does Five Dollars Mean to Black Women? 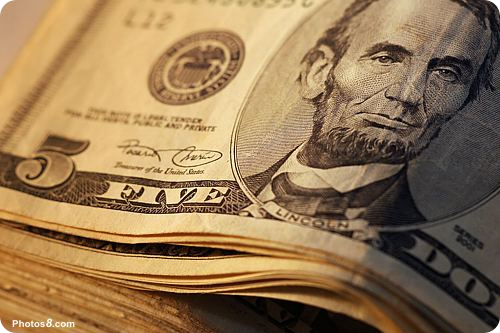 What can you buy for five dollars?  What if five dollars was all that stood between you and hunger and homelessness?   Five dollars is not a safety net; it’s barely a bag of chips.  Yet according to a study reported in the Pittsburgh Post-Gazette, it is the median net worth of single Black women.

Single white women in the prime of their working years (ages 36 to 49) have a median wealth of $42,600. That’s still only 61 percent of their single white male counterparts, but married or cohabiting Black women are lower still, with a net worth of $31,500.

In other words, Black women continue to exist in a perilous economic state whether they are cohabitating or single. Instead of fixating on the marital status of Black women–a common media topic–we need to focus on the way that sexism and racism combine to form the basis of oppression.

Black men have a history of suggesting gender conformity, in the guise of racial uplift, that serves to oppress Black women. For example, comedian Steve Harvey wrote Act like a Lady and Think like a Man last year in the hopes of teaching Black women how to repair and hold onto relationships.  The book is dependent upon many essentialist notions regarding gender to sell its point.

Following in Harvey’s footsteps, Jimi Izrael, a columnist for The Root, released his book The Denzel Principle: Why Black Women Can’t Find a Good Black Man this February. At The Root, Izrael wrote the following:

Eligible Black men, we think, can have their pick of educated Black women (assuming they even date Black women), as if merely having a job, an education and a pulse makes a woman ‘wife material.’ While there may be a lot of women available to Black men, MOST are not women you would want to spend your life with. I’m twice divorced, currently single and not taking applications because no qualified applicants have come down the pike. They are mostly variations on a few themes.

Responding to the report in the Pittsburgh Post-Gazette, The Black Lunatic had this to say:

There is a notation that the median income for a married woman, or co-habitating woman, is about $31,000, so that’s proof that stable relationships improve finances. All I can offer is the idea that first step has to be increasing the number of folks getting and staying married.

It is hardly surprising that Black men would use this study as yet another excuse to inform Black women that marriage is what’s best, when they have invested so much time and effort in publicly supporting the institution in their recent writings.  Of course, the fact that marriage increases the work load of women is not factored into their benevolent suggestions.  This is hardly an unbiased suggestion.  If we were to settle and be understanding, in the manner that Black men have suggested, we would be in an even more precarious position.