When Black Women Choose To Date Inter-Racially, They Are Not Abandoning Their Race 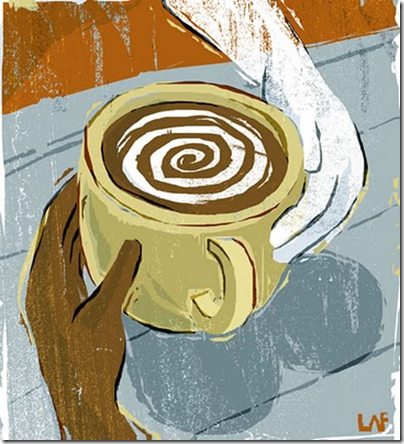 I suppose it is time that I address the social meme of Black women sitting home alone drinking booze out of a bottle, doing their best impersonation of Bridget Jones.   Statistically, with the number of Black men in prison, it is quite likely that  a heterosexual Black women seeking Black love, will find herself alone.  This is problematic only if one believes that a man is a necessary component to happiness.  The media has embraced  the meme of the Black Bridget Jones and run all the way to the end zone with it.

Black men have wasted trees penned books informing Black women that we need to lower our standards.  The Roots resident misogynist Jimmi Izrael, is set to capitalize on this myth with his book.  Heaven forbid Black women be the ones to give voice to our struggles, when there is a Black man available to set us straight. The problem simply cannot be Black men, it has to be the overly demanding Black shrew.  Of course, if you are not willing to sit at home and wait for a Black prince charming and choose to date inter-racially, then you have left your race and you are not down with the peeps. Such is the nonsense regularly aimed at Black women to keep the focus of the conversation on Black men.

For generations, Black men have not been afraid to date inter-racially. They are not accused of abandoning their race, or selling out because male privilege protects them from such assaults.  From Cornell West to Marcus Garvey, Black men have had a history of establishing loving relationships with White women, despite the history of slavery, and criminalization and animalization of Black male bodies.  Somehow, their love overcomes all, but a Black woman loving a man that is not Black is far to problematic too ever lead to a successful long term relationship. If your boo is not chocolaty brown, somehow, despite dealing with the sting of racism every day, you are not Black enough.

The moment a woman decides to date a man, there will always be compromises that need to be made.  Even in the most aware households, it is quite easy to slip into gender roles that leave women exhausted and plain worn out.  How many Saturdays do men find themselves drinking a beer while they mow the lawn, while women work feverishly to prepare the house for the work week ahead?  How many women find themselves hording sick days in case a child gets sick because invariably we are the ones that call in sick?  No matter how much you love a man, or how aware you are of the evils of sexism, gender will always play a role in a relationship.

When you love inter-racially, as I have chosen to do (yes chosen, because it is an active decision) there are issues that you may not have had to confront in an intra-racial  relationship; however, that does not automatically make these relationships unworkable.  Black men would like us to believe that the challenges are insurmountable, because it keeps Black women focused on them and their issues.

Black men have long used race to bind us to them, even in instances where it is clearly not in our best interest to do so.  Even as they use gender to oppress us through rape, and domestic violence, our issues are silenced because ultimately the experience of being a racialized body is often understood through the male lens. Black men rape Black women and the high instances of intra-racial violence speak to the fact that even within the community in which we are supposedly loved, that we are prey. Even as some are yelling shut up bitch and sit down ho’ you know damn well that the moment they feel oppressed, they demand Black women speak out.  Unfortunately, the same such defence is only proffered when it suits the best interests of the Black male patriarchy.

Encouraging Black women to settle increases the hold of the Black male patriarchy.  Though Black men would like to believe that race makes them incapable of fulfilling the role of the oppressor, the broken bones, blood and tears of Black women and children tell the opposite tale.  A Black man is not a prince, if his actions prove otherwise and therefore; being the Black Bridgette Jones is preferable to living a life of abuse. This is not to say that all Black men abuse but that all Black men have the ability to abuse like any other man and this truism needs to be acknowledged.  If a Black woman even suggests that a Black man is capable of evil, we are summarily attacked (see the response to The Colour Purple) and yet when Black women are constructed as abusers lacking any kind of moral fibre, this is understood to be a real world portrayal.

We are meant to spend Sundays praying for our men and working 2 and 3 jobs to hold the family together.   We have been forced into the role of matriarch because Black men have refused to hold up there end of the bargain and then we are demonized for the ways in which we have struggled to support ourselves and our children. Racism is a terrible thing and the ways in which it attacks Black men is not worse than the ways in which it attacks Black women.  Racism cannot be used as a defence to support the Black male patriarchy because it erases our experiences.

Partnership means that both individuals must actively work together and a relationship in which women must struggle to maintain personal dignity is not positive.  If the face of prince charming has become that of a tyrant, he is hardly charming. I did not choose my partner because he is White, I chose him because he is the best match for me.  Instead of telling Black women to settle or demanding that Black women put race above self, what we should be telling Black women before they consider any relationship, is to center themselves first.  Do not put your wants and needs on the shelf to make some man happy because you are valuable just as you are.  What matters most in a relationship is not the race of your partner, but love and respect between the two of you and if this means you have to reject some triffling Black man to find your happiness, then so be it.

The first love of a Black woman’s life should always be herself.  We have been taught to devalue ourselves because this strengthens not only the Black male patriarchy but patriarchy in and of itself.  Any man that refuses to treat you like the queen that you are, is not worthy of your love and your respect.  This is not a plea for Black women to date outside of their race, this is however, a demand that Black women think critically about the lies that we are being told and who they benefit.  Black men will always play an important role in our lives because they are our fathers, sons, and brothers, but they need not play the staring role; that should be reserved for Black women.   Whatever choices you make about whom you love are your business because no matter the racial shaming, no one is sleeping in your bed but you.