What makes a city sexy?  In these troubled times many areas are attempting to increase tourism, as other formerly dominant industries falter.  MSN has a new article up discussing what cities are sexy, thus encouraging travel.   As usual it is filled with problematic messages. 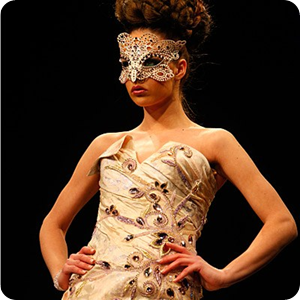 Stroll past its countless outdoor cafés in the evening, and you'll notice how the inhabitants of Beirut love talking, eating and table-dancing - preferably all at once. The city's religious mix - Lebanon has by far the largest Christian population of any Arab country - also makes it one of the most tolerant in the region. (emphasis mine)"Like me, the city is unsure whether it's east or west, Christian or Muslim, Arab or European, serene or troubled, traditional or modern," says the celebrated Lebanese writer Rabih Alameddine.

Notice how it is the Christian population that makes Beirut so appealing.  The fact that that there is no dominant Arab, or Muslim culture is what makes Beirut a key stop.  I am the first to admit that some Muslim countries have issues; however, continually setting up the binary of Christian good and Muslim bad, is simply engaging in Islamophobia.  So-called Christian nations are not exempt from having many problematic elements in their societies and perhaps we would all be better served, if we would simply look beyond this reductive binary. 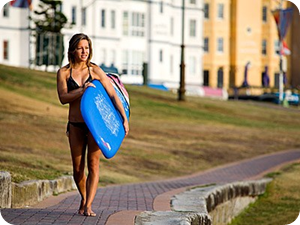 The beautiful people flock to Finger Wharf, with its marina, buzzy bars and Blue Sydney, a showstopper hotel in the crazily named neighbourhood of Woolloomooloo Bay. Babes in strappy dresses schmooze in Tank nightclub, in the city centre; you can dine in style nearby at the famed Est restaurant.

From such fine-dining establishments to sand-between-your-toes cafés, Sydney is renowned as a place to satisfy your culinary lusts. The sleek set tuck into seafood at Guillaume at Bennelong, overlooking Circular Quay. At Bill's, in Darlinghurst, the celebrity chef Bill Granger is credited with creating so-called Aussie brekkie chic, with his tantalising corn fritter brunches. In Sydney, hedonism comes sizzling on a plate. (emphasis mine)

Did you catch that? Hedonism is what is to be celebrated in Sydney.  Why is it that a Middle Eastern country needs to be validated with the presence of Christianity, but in Sydney, one can embrace hedonism?  Surely there is no culture bias at play here is there? 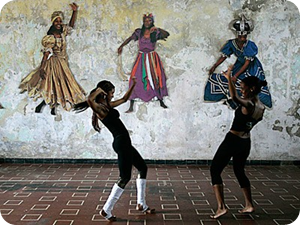 In shambolic salsa bars such as Donde Fidel (in between De los Coches Square and Aduana Square), the girls shake their booty like Shakira, the second most celebrated Colombian export. Moving upmarket, Santa Clara convent, in the San Diego district, was the film set for Márquez's steamy love story. Behind the severe walls lie enchanted cloisters, preening parrots and the coolest bar in town (complete with a ghost in the crypt).

Ah Columbia…why celebrate the history and the culture when we can take in the girls shaking their booty.  Surely there isn’t a history of sexualizing Latina women?  I suppose Shakira has no talent either, so why celebrate her as an artist,when we can  oh and ah over her booty? Furthermore, that women can be considered a national export suggests that Columbian women have no value other than what profit they can bring their country of origin because of their sexuality. I suppose constructing women as a commodity is par for the course. 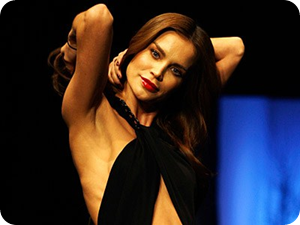 Istanbul's mosques are among the most beautiful in the world. Haunt the harem of the Topkapi Palace, the shimmering Blue Mosque and Hagia Sophia, the biggest cathedral in the world a millennium ago. Yet, for all that, the city has a secular, sophisticated feel. It bedazzles with its east-meets-west aura, the frisson of straddling two continents. (emphasis mine) The Nobel prize-winning Turkish novelist Orhan Pamuk speaks of his hometown's "moody evocations", from the harsh cry of the seagulls to "the sirens of the boats to the waves of the Bosphorus hitting the quays".

Here we go again…It’s the east reaching out to meet the west that gives Istanbul it’s aura.  No one could possibly want to travel to a place where they cannot recognize their culture and so it seems important to emphasize the Western nature of the city.  It’s  Turkey and it has a secular government yeah!!! Let’s conveniently forget to mention the large Muslim population because that would make westerners nervous right? Best to just focus on the good. 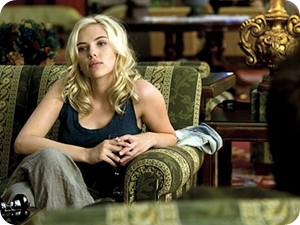 Even the city's touristy main drag, Las Ramblas, damned by some as having sold out, often resembles an Almodóvar movie, with its parade of mime artists, drag queens, and general preeners, hustlers and misfits.

Oh yeah we get to see the freaks, what more needs to be said on this fail? Honestly, are they attempting to increase tourism or to simply piss people off with their obvious biases? What better way to let your inner freak out, than by displaying it far from home?  Yes Barcelona, where no one knows your name.

What I learned taking this world tour, is that xenophobia reigns supreme.  When it supports Western constructs to paint a region as exotic and therefore exciting, MSN is more than happy to oblige.  Yes, slip away from the every day and release every voyeuristic tendency that you have buried deep inside you. Don’t worry about getting into too much trouble, because there is enough Christian influence in the truly risky areas to keep you safe.

Go on, let out your inner heathen.  Think of the exotic women that are just within your grasp.  I am sure it is not at all accidental that most of the images accompanying this little tour are of women.  Why bother to show a picture of the opera house which people instantly associate with Sydney, when you can post a picture of a woman with a surf board.

This world tour turned out to be the ultimate combination of sexism, Islamphobia, racism and lovely little sprinkling of cisgender privilege just to keep things spicy.  Perhaps the title should have been Watch us fail around the Globe, or even world wide privilege to dazzle the eye.  One thing is certain,  I am thankful that know I enough about the areas mentioned to avoid depending on MSN’s descriptions.