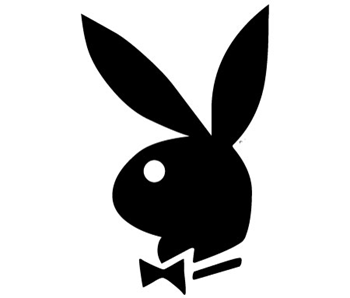 Hugh Hefner has made his fortune exploiting women.  I won’t argue that some women actively choose to pose in Playboy; however, the magazine actively promotes the idea that women are only valuable for their physical appearance and the degree to which they can titillate men's fantasies.  CNN decided to run an article in their entertainment section in which they encouraged Hefner to comment on what he thought about certain celebrities posing nude in his magazine.

When asked about Kate Gosselin who was referred to as “Momzila” (I kid you not, Momzila), Hef responded:

No! No!" And the original playboy added insult to injury by suggesting he doesn't even know why she's on "Dancing with the Stars."

And Momzila…really?  Should I even bother to respond to that one?  It is just another gender based smear to denigrate women.  Kate has eight kids to raise and I am sure the 200,000 dollars she earns from appearing on the show will help with that; it’s not like a traditional 9-5 job is going to come even close to providing subsistence, or that her soon to be ex husband is out there raking in the dough, even as he sues her for custody.  The same assertiveness that we frown upon that Kate exhibits, is the same assertiveness we praise in men.

Not content to slam Kate, Kelly Osbourne was apparently unacceptable because her body parts apparently need too much work.  Yep, no unrealistic standard of perfection there.

Way back in 2006, Kelly Osbourne expressed interest in taking it off for Playboy but said some of her body parts "would need some airbrushing." In response, Hugh Hefner said, "I can't see it happening somehow; we don't airbrush to that extent." Jeez, Hef, grow some tact! I wonder if Hef is bummed now that Kelly is thinner, tan, and more Playboy's speed?

Yeah, just think of the spunk that is now going to be wasted landing on ceilings, instead of all over naked images of Kelly Osbourne.  Each little warrior represents dollars lost and that is all that is important to Heff, not how damaging his little company is to women, or the way in which it supports the patriarchal world. Men like Heff are only interested in promoting women’s oppression under the guise of freeing men.

I expect to see this kind of nonsense in some frivolous gossip rag and so I must admit that I was surprised to see that this is what CNN calls entertainment.  Debasing women is not harmless, and to have this kind entertainment on a site that is supposedly dedicated to fair and impartial conversations, suggests that the concerns of women are unimportant.  Despite the fact that Heff is a successful business man, placing him on a throne to judge women’s bodies just affirms his business model as socially valuable, while ignoring the various women that are harmed in the process.