Online  I mostly converse with people that are not Canadian.  Inevitably, they will make some crack about hockey, (MONICA) and we are forced to school them about our game. I trust the Olympics made the point clear.  Sometimes, as in the case of Gus, Allison McCarthy, they live in full denial and claim that American bacon is better than the ever so scrumptious Canadian bacon, or that the weak Bald Eagle can even hold a finger (I suppose I should say claw) to the noble Beaver.  Yep, it’s all about the beaver people.  The  following is what Allison had to say on the matter:

See how it comes down to the ability to fight and not just pure awesomeness. Of course it comes down to fighting for her, but we Cannucks are the worlds peace keepers (Or at least that is our national lie narrative). The Beaver builds hir own home because ze is an industrious animal.  There is something to praised about that.  And tell me, who in the animal kingdom can give the words show me some tail real meaning, the way a beaver can?  You see, you are jealous already.

Some people.… A.K.A Sparky, just embrace their Cannuck envy and send me ridiculous videos.  Check exhibit A 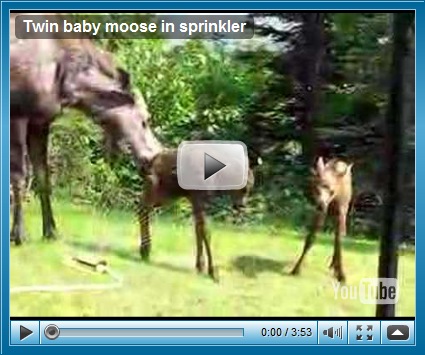 Clearly, the man has come to the conclusion that the British Bulldog cannot compete with the sheer magnitude of win that nature has invested in The Moose.

I have come to the conclusion that there is a great deal of Cannuck envy to be found online.

So let me break this down for those living in denial, (and I say this as a friend) The Beaver, Moose, Canadian Bacon, Hockey, Curling, Poutine, and Maple Syrup all rock.  Embrace your jealousy, it will only make you feel better to come to terms with all that you have been denying. 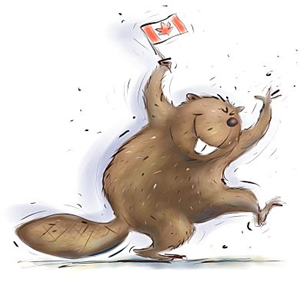 Doesn’t it make you wanna grab some harem pants and sing can’t touch this?

I think it even saddens me a bit to realize that you don’t even have the privilege of drowning your sorrows in a nice steaming hot cup of Timmy’s Coffee.  More is the pity eh?  Did you catch that, I said eh…

Okay moment of ridiculous nationalism over.  Situation Normal All Fucked Up, Roger and out.