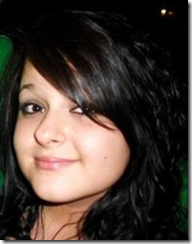 Constance first gained national attention when she sued her school to be allowed to attend her prom in a tuxedo with her girlfriend.  Rather than admit that their policy was completely discriminatory, the school cancelled the prom.

Constance has since faced much backlash from the community who chose to blame her for the cancellation, rather than attacking the school board for its discriminatory practice. It would seem that victim blaming was far more acceptable than recognizing how harmful homophobia is, not only to the GLBT community, but to all of society because it enforces a hierarchy bodies.

Constance has proven to be a very brave young woman in the face of all of the naked hatred, but it seems  that the community still had one last humiliation in store for her.

McMillen tells The Advocate that a parent-organized prom happened behind her back - she and her date were sent to a Friday night event at a country club in Fulton, Miss., that attracted only five other students. Her school principal and teachers served as chaperones, but clearly there wasn't much to keep an eye on.

"They had two proms and I was only invited to one of them," McMillen says. "The one that I went to had seven people there, and everyone went to the other one I wasn't invited to."
Last week McMillen asked one of the students organizing the prom for details about the event, and was directed to the country club. "It hurts my feelings," McMillen says.

Two students with learning difficulties were among the seven people at the country club event, McMillen recalls. "They had the time of their lives," McMillen says. "That's the one good thing that come out of this, [these kids] didn't have to worry about people making fun of them [at their prom]."

Shame on this town.  What they did was create people as social outcasts for being different.  In the process, they taught their children that the most important aspect of life is to conform to so-called norms.

I think what is even more disturbing is that they defend this obvious cruelty by claiming support based in Christian values.  Well, these Christians need to read their bible, because Jesus, who they claim to worship is not credited in the bible as saying one negative word about homosexuality, or people that are differently abled.  In fact, it is certain that Jesus would consider them to be a protected class, because of the way in which both have faced persecution for simply being the children of God. Since each person is made in the image of God, who are they to spit on Gods creation in this way?

I think that this teaches activists a very important lesson.  We cannot afford to dismiss the importance of intersectionality because all social isms are related; they are based upon “othering”.  Constance may have able bodied privilege; however, her status as a lesbian was enough for people to consider her a spoiled identity.  Anything that steps outside of the perceived norms will be stigmatized and people will be attacked, thus making it extremely problematic to suggest that something is not part of a particular groups struggle.

As for the parents that orchestrated and condoned this – they are DISGUSTING.  It’s people like you that perpetuate the hatred that has become normal in this society.  They may think that they have saved the prom for their little darlings, but what they have affirmed to these young kids is that oppression and bigotry are acceptable as long as you are a member of the dominant group.  Since most people will have to face at least one stigmatization in their lifetime, they have built and supported the foundation of oppression that their children will one day face.

To Constance McMillen and the other students who were treated to the special prom, I say have courage. This prom was not a signifier of how awful and worthless you are, rather it is a strong indicator of how low ignorant and over privileged bodies will sink to maintain their undeserved social status.  I am just one woman writing a small blog from Canada, but you are heroes in my book.