Don’t You Dare Touch the Animals, but Women Are Fair Game: Why Does Nike Continue to Do Business with Ben Roethlisberger and Other Athletes Who Have Abused Women? 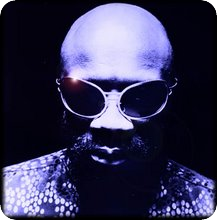 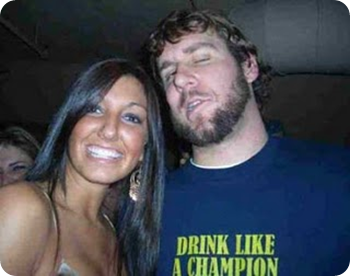 What do Kobe Bryant, Tiger Woods, and Ben Roethlisberger have in common?  Well, perhaps three things stand out.  All are highly regarded professional athletes, all have very lucrative endorsement deals with Nike, and all seem to treat women with only the most utmost disdain.  Let’s take a look at a few cases in point.

If you recall, in 2003 a female employee of a hotel in which he was a guest accused Bryant of sexual assault.  After some coercion, Bryant admitted sleeping with the young lady, but denied that it was assault.

After some sloppy and irresponsible police work that allowed the victim’s name and other very personal information to be leaked to the press, the victim was understandably reluctant to testify, and charges were later dropped.  But Bryant did settle the civil suit brought against him by the victim out of court for an undisclosed sum.

Though Bryant did make a written apology, he never took full responsibility for his actions.  Nike did not suspend him, but scaled back their marketing efforts utilizing Bryant momentarily, but as soon as the dust settled and the incident dropped from the very short public memory, they went right back to him.

Though most of Wood’s other major sponsors dropped him, Nike remained loyal though they scaled back using his image, and when he returned to golf after about a six month hiatus getting his personal life straight, Nike marked that return with perhaps the most ingenious marketing scheme ever featuring a stoic, silent Tiger Woods staring into the camera as a voice over of his deceased father questioned his motives and mindset.

Now we can get to the case of one Mr. Ben Roethlisberger.  Now, again because of shoddy, inept police work, the details are kind of cloudy in the two allegations brought against, but one thing is certain;  Mr. Roethlisberger likes to drink to excess, and he is very proud of his penis.

In each of the two allegations, the young ladies report a drunken Roethlisberger first exposing himself to them.  And I have never seen Roethlisberger’s penis;  perhaps it is a majestic, chubby little fellow, and he has every right to be proud of it and show it off.  However, this behavior is wholly unacceptable.

Additionally, the young lady making the second allegation reports that Roethlisberger forced intercourse on her even after she told him that it was not okay while two off duty police officers acting as his bodyguards ran interference to keep her friends from coming to her aid.

It seems to me that anytime you pair up professional athletes and policemen, you have to lock up the women folk because absolutely anything is bound to happen.

In all these cases professional athletes took advantage of women in some way.  And in all these cases Nike did not terminate their lucrative endorsement deals.  But do you remember NFL quarterback Michael Vick?  Soon after charges were filled by officials in Vick’s 2007 dog fighting case, Nike summarily terminated his endorsement deal citing the morality and personal conduct clause in his contract.

You might argue that Vick was actually convicted of a crime while the others have not been, but keep in mind, Nike terminated Vick’s contract after he was charged, not convicted.  And not only that, a little money spread around and Keystone Cop like investigations by the local police departments caused the charges to go away.

And even if the other athletes in question were not convicted, enough evidence exists of their misconduct and blatant mistreatment and disregard for women to seemingly activate the morality and personal conduct clauses in their contracts because their behaviour has certainly been, at the least, morally reprehensible.

Even NFL Commissioner Roger Goodell suspended Roethlisberger six games after reading the police report and the 572 page report issued by the Georgia Bureau of Investigations detailing Roethlisberger’s actions in this last incident.

But this is the upshot of it all.  Nike is perhaps the most powerful sportswear corporation in the world;  they dominate the market.  And though Nike has done some wonderful things toward the progress of women athletes and women’s athletic programs throughout the control, they have dropped the ball when it comes to policing the conduct of the athletes of their payroll in regards to women.

And because of Nike’s worldwide presence and influence, its inaction reveals the seemingly diminished value it places on the lives and well-being of women and girls.  You could make the argument in the case of Tiger Woods that in his discretion, the only people hurt were his wife and family, but in the same instance, his case tacitly makes the statement that money and power gives one license to treat women as they choose.

Even now I am perplexed as to why women, women’s groups, and their supporters have not called for a boycott of Nike or besieged its corporate headquarters in an effort to determine why Nike would terminate its business relationship with an athlete for mistreating animals but not for mistreating women.  They seem to be looking on passively, waiting for the other shoe to drop.