If You’re Black and Play Football, Your Momma Must be a Prostitute 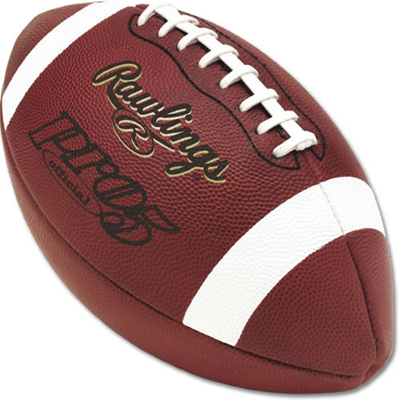 I am not a football fan and whine copiously when the unhusband watches the very rare Redskins game; however, I simply had to comment on the fact that Jeff Ireland of the Miami Dolphins franchise, felt it appropriate to ask potential NFL first rounder, Dez Bryant in an interview prior to the draft if his mother is a prostitute.

“This is supposed to be a great moment for me,” the 21-year-old said. “Trust me, it’s not. But I try to stay positive for my mom and my younger brother and sister. I don’t want to ruin it for them.”

“They asked me if my mom’s a prostitute,” Bryant says, an account that was confirmed by Wells, who attended the meeting. “No, my mom is not a prostitute. I got mad – really mad – but I didn’t show it. I got a lot of questions like that: Does she still do drugs? I sat and answered all of them.”

Bryant’s mother, Angela, had him when she was 15 and conceived his younger sister and brother within the next three years. She reportedly sold drugs, and she served a prison term during Dez’s childhood; at various times he lived with relatives and family friends. Dez and Angela are very close, and she will be with him at Wells’ house for a festive draft party Thursday evening. [source]

How is this relevant to what amounts to a job interview?  I understand a desire to protect a franchise; however, lets face it, the current players of the NFL leave a lot to be desired already. This is about shaming this man for his childhood poverty and it most certainly was an act of racism.

One cannot ignore the ways in which the construction of poor women of colour played into this question.  Black women are always hyper sexualized and viewed as available by patriarchy.  Even if Dez’s mother had resorted to prostitution to raise the money to support her children, why is it the business of his future employer?   If anything, it does not stand as an indictment against Dez, but an indictment against a society that does not support single poor mothers enough to allow them to avoid making this choice.

Though Ireland has reportedly apologized for asking Dez if his mother is a prostitute, Dolphins owner Stephen Ross does not seem very determined to condemn the inappropriateness of the question.

"As an owner of many companies and organizations, including the Miami Dolphins, I have always strived to comply with the highest standards in all aspects of my businesses including recruiting.

"In interviewing employees we always look to obtain relevant and appropriate information in adherence with the best industry practices.”

A man that was truly upset by the actions of one of his employees would not have released such a terse statement.  It reads like displeasure for being caught rather than disavowing this sort of behaviour as a legitimate business practice.

When we think about athletes, we always consider the social power that they have due to wealth and fame; however, it is not often that we consider the power imbalance between the athlete and the owner/franchise.  Dez was in a vulnerable position when he was asked that hideous question by Jeff Ireland. The fact that he felt he needed to respond to the question and remain calm, evidences that he knew how important his answer was to his future.  You see, privilege in one area does not amount to privilege in all. How many potential draftees have faced similar humiliations in order to play professional football?

Amidst her mistakes, which by the way we all have, Dez’s mother Angela must have done something right to get her son to this point.  Instead of looking for all the ways in which we can shame her, we should be looking for ways to celebrate her.  You see, shaming of Black mothers has become a social hobby because it allows the devaluation of Blacks and supports patriarchy.  For white men it is a win-win situation.  Is it any wonder that White women are held up as the feminine ideal when the course of ever day life it is deemed appropriate to shame a Black woman?