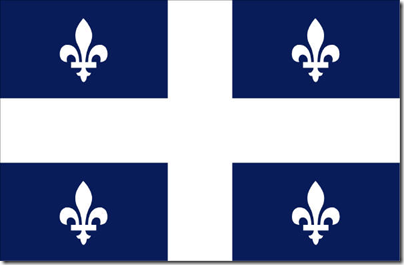 Children of colour have much to over come in the education system.  Not only are they discriminated against in subjective classes, they must deal with a complete erasure of their history in the average school curriculum.  Parents of colour must heavily invest in their children to thwart the racism of the education system.

Luc Cagadoc was in grade 2 (note: that would make him between 8-9 years old)  when he was centered out by Martine Bertrand because he was using a fork and spoon to eat his noodles.  This is the traditional way in which Filipino's eat, but to Bertrand it was disgusting.

The boy's mother met with her son's lunch monitor, Martine Bertrand, after she told him that his habit of eating his noodles with both a fork and a spoon was disgusting.

Maria Gallardo said she explained that the practice was a tradition in the Filipino community, but that Bertrand was unwilling to compromise.

When Gallardo tried to meet with the school's principal to address the situation, Normand Bergeron dismissed the request and said her son should learn to eat like other Canadians.

On another occasion, when Luc had forgotten to wash his hands before eating, Bertrand asked whether hand-washing was a common practice in his country.

When she showed up at the school again to deal with the issue, Gallardo was sent a letter by the Marguerite-Bourgeoys school board ordering her not to return. [source]

Luckily for Luc, his mother would not tolerate such naked discrimination and she took the issue to the Human Rights Commission.  In the end “the court ordered the school board, Bergeron and Bertrand to each pay Luc's family $5,000 in damages for their cultural insensitivity. Bergeron was also fined $2,000 for his lack of remorse”.

Though those involved were fined, it cannot undo the damage that has been done.   The sting of being marginalized and centered out for being different will be with Luc for the rest of his life and leave an indelible mark on who he is as a person.

I have written repeatedly about the loss of childhood for children of colour and this incident is a very good example.  Much younger than White children, children of colour learn that they are often powerless due to race and that something is wrong with them.  We have a social myth regarding the innocence of children; however, the label child is not equally applied.  The innocence that we protect belongs to White children.

Talk to any adult person of colour and they can tell you about an incident in childhood that opened their eyes regarding their place in society.  As a child, it is incredibly painful to live through and as a parent, it is incredibly painful to watch, because you know that you are absolutely powerless to protect who you love the most. Racism is the inevitable curse that each child of colour must confront.

Having a monetary reward is a small penalty for the innocence that they stole from this poor child.  The fact that they were both able to keep their jobs speaks to a complete denial about the impact of racism.  In the future, I am sure that Bergeron and Bertrand will be more covert with their racism, thus making it hard to prove; however, I highly doubt that their attitudes will disappear.  People like this should not be working with young impressionable children, but then again education is as much about learning the three r's, as it is about being socialized into performing specific roles – so perhaps Bertrand and Bergeron did their job after all-- White supremacy wins again.