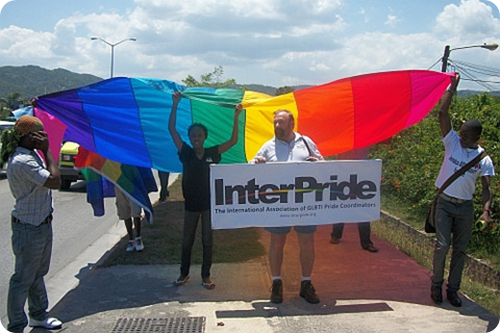 Jamaica has a long history of violence against GLBT people and so you can well imagine my surprise when I learned that they recently had their first pride parade.    StaceyAnn Chin wrote about her corrective gang rape in Jamaica before moving to the U.S., and artists like Beanie Man have released songs that have openly called for violence against the gay community.  The culture of homophobia is well known and various organizations have called for a ban on travel to Jamaica, as well as a boycott of Jamaican products.

Officially, it was the Walk for Tolerance from Howard Cooke Park, along Howard Cooke Boulevard and ending on the beach.

“Yesterday was an amazing day, here in Montego Bay,” he told UK Gay News. “My eyes well up at the very thought of the day's outstanding and astounding success.”

Around 100 took part in the walk, which was headed by Reverend Elder Nancy L. Wilson, the openly lesbian presiding bishop of the International Movement of Metropolitan Community Churches.

One participant commented: “I never thought I would live to see the day that this could happen in Jamaica.”

And other ‘buzz phrases’ heard at the event included “I'm exercising my rights”, “I feel so liberated”, “I have validation”, and “exuberant” 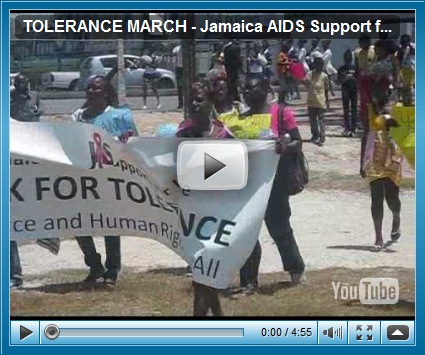 Hopefully, this will signify a real change in the lives of the GLBT community in Jamaica.  No one deserves to be persecuted because of their sexuality or gender identity.  The murders, physical violence, and corrective rapes need to stop. Being gay, lesbian, or transgender, does not make one somehow deviant or less human and when we open our arms to the various journeys within the human experience, we enrich our culture and increase our joy.  Hate does not feel good but love is enough to nourish the soul.