James Cameron: The White Man Will Save Us 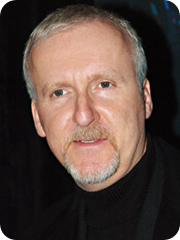 If you didn’t know who James Cameron is after his award winning movie the “Titanic”, “Avatar” made it hard to be unaware of his existence.  When a certain amount of wealth and power is attained, there are those that seek to make positive changes in this world, because they realize the degree to which they have benefited from various privileges, for example Oprah Winfrey and her angel network.   Unfortunately, James Cameron’s version of activism means continuing to ‘other’ people to support Whiteness as the moral good.

Cameron was recently in Brazil in hopes of aiding the Xingu people and their fight against a planned hydroelectric dam project in the Amazon rainforest.  According to “The Guardian,” Cameron had never been to the Brazilian Amazon; however, that did not stop him from immediately taking on the role of expert.

I suppose considering that this is the man that made “Avatar,” a movie in which the White man becomes better at Native culture than the Indigenous people of Pandora, it is hardly surprising that he would hold the views that he does.

The Lakota Sioux did not just roll over and hand their land over to White people.  The implication that their land was stolen and their people murdered because the Lakota Sioux did not “try hard enough”, is victim blaming to avoid laying the responsibility for the near destruction of their civilization and culture squarely at the feet of Whiteness where it belongs.  Further, the very idea that even as their land was being stolen, their women raped, and their children stolen, that they had no idea of the cultural tsunami that Whiteness had become is ridiculous.

The Lakota Sioux are not a “dead end society”.  They continue to exist and fight, despite the numerous crimes that have been committed against them, and that should be acknowledged. The gall of Cameron to declare a people dead, comes strictly from his desire to promote Whiteness, even though he declares the opposite.

You will note, that he takes the time to once again promote his homage to Whiteness – “Avatar”.  If only some White hero had come along  130 years ago to save the the Lakota Sioux, who are clearly in Cameron's mind incompetent people.  It seems that  Cameron is one White man who is unwilling to forget the so-called mistakes of the past, and his journey to evolve involves taking up Kipling's  White Man’s Burden, in order to save the poor, weak, Indigenous People -- because clearly, only an enlightened White man is equal to the task.