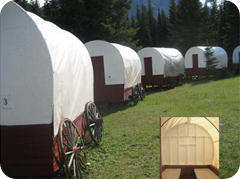 Look, I get how this works, a WOC says something is racist and then the White women show up to deny and derail.  It happens everyday in the blogosphere, so I suppose that I was not at all shocked when Jezebel went into a state of denial and posted this, in response to my piece at The Guardian.

It seems that their main issue is that I referred to Feminsite, Feministing, Bitch Phd and Pandagon as largely run by White women.  The word at issue is largely and so to prove me wrong, Megan Carpentier ran around the blogosphere and counted the WOC.  It was a case of, see we have WOC friends, so we can’t be racist.  It is nice to know that you can just count the bodies and ignore that massive clusterfucks have happened over the years.  I suppose it is accidental that all of these boycotts have occurred and I suppose the arguments in the various comment sections were as tame as high tea. I suppose, it is just my imagination that so many marginalized women don’t feel welcome in these places.  I do however wish to say that out of the blogs listed, that Feminsite continues to be the best at attempting to make real change.

What I absolutely find ironic, is that when Chloe Angyal wrote her piece at “The Guardian,” complaining about women who refuse to identify as feminist (which I was responding to) that she marginalized, silenced and out right ignored the experiences of WOC, trans women, disabled women etc., and Jezebel had nothing to say.  Not one word was issued about this because erasure is never important to dominant bodies, as it helps to maintain their undeserved privilege.  It is only when I, a WOC, said that this is pure bullshit, that Jezebel had something to say.  That’s irony  Megan Carpentier.

Between the two of us, Angyal certainly has the bigger platform as she writes at feministing and yes, that does mean something.  What Jezebel did was to hold me up to ridicule and then hand me over to their largely White readership to pick at my bones.  It was the perfect opportunity for some of their readers to complain about how divisive it is not to identify as feminist, as well as complain that WOC don’t give White women a fair chance.  Oh dear, some poor White woman feels silenced by righteous rage and since she can’t get it anyway, feels that she should not bother. The following comment by Holly is by far and away my favourite:

What is my point? That it's impossible to please. We're told that we could never understand, and that trying to see things from a POC's viewpoint would be offensive pandering. Then we're yelled at when we don't do things from a POC's perspective. I can speak for many in saying we don't know what the fuck to do, because we'll either get called out for ignoring POC, or yelled at for pandering and making assumptions. If we try to address the issues within communities of POC, poverty for example, then we're yelled at as being racist. If we address that many POC do not fit that stereotype, we're yelled at for not addressing the issues of POC.

There is no pleasing anyone, except to just sit here with a sign that says "White Person Punching Bag" and taking every hit anyone can throw at us. I know as a white person, I'm not allowed to feel frustrated regarding issues of POC, but I am.

It’s okay, because I can gain comfort in knowing that Megan Carpentier thought my piece was excellent, though it didn’t seem to be worthwhile to really say why, when there was so much disciplining and silencing to be done, so that WOC will learn to stay in their place.  I didn’t write anything new or shocking at “The Guardian”, and in fact what I said has been said better by other women, I simply think that it shocked them that it was said in such a large platform, rather than in a place where they could minimize our concerns and then go back to ignoring us.  You see, magniloquent promises of doing better while continuing to explain away our concerns has become the norm.  It seems that White women believe that WOC should just accept that they are trying and muzzle our concerns, never mind that their so-called effort is a day late and a dollar short.

White women have been wielding the whip since slavery and have yet to put it down. They can claim sisterhood and solidarity until the end of time, but my back is tired of being scared by their desire to privilege themselves.  My shoulders are tired of carrying the burden of their outright conceit.  How many times has the work of WOC been stolen so that a White woman could play the role of expert?  How many times do we have to be silenced because they are trying to raise their consciousness?  These are the same women that clutch their purses when they see our Beloved sons, fathers and lovers because their purity and goodness is known.

My experiences and the experiences of WOC are not whining, reverse racism,or some new fangled form of oppression and framing them as such is just a determined effort not to listen to our concerns and our experiences. Really, the only good thing that came out of this was the positive responses from WOC and the few White allies that really are trying to learn.  Thank you for embracing me and supporting me. Thank you for validating my truth, it is more than some of these so-called all for one, one for all feminists have ever done.

Editors Note: I didn’t say it at “The Guardian,” but thanks to Gus for directing me towards the Angyal piece and always having my back.