Latinos in Children’s Programming: What Does Handy Manny Teach Us? 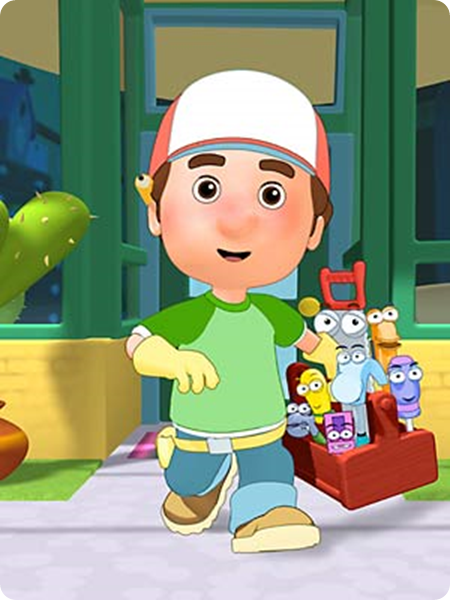 Several times a day Mayhem watches “Handy Manny”.  He loves to watch as Manny and his tools fix things.   At first, I was quite pleased with the show because Latino representation in mainstream television is severely lacking. I was particularly pleased by the fact that Manny has had disabled characters, most notably a deaf man who communicated through sign language.  What’s not to like right?  In Manny you have a visible minority who occasionally speaks Spanish, and occasionally has darker skinned Latino characters in the episodes.

Here is the problem, Manny is a handy man.  I am not going to say that fixing things is not a good profession, but I think that it is important to point out that once again Latino’s are being represented by manual labour.   I think that this is very representative of the roles that many think that Latino’s occupy in the U.S., even though they are actors, lawyers, architects, doctors, writers, poets, activists, and politicians.  There isn’t a single occupation short of the presidency where Latino’s have not been represented.

It is not enough to see a character on television to say that it counts as representation, one must consider what roles they play.  Overwhelmingly, when a brown/black body is portrayed in the media, the role is reductive and is not representative of the diversity that makes up the various communities.  What does “Handy Manny” teach a Latino child that they are to aspire to?

In general, stereotyping constitutes a negative generalization used by an in-group about an out-group… [T]he in-group might hold the idea that “If you speak with a Spanish accent, then you must be unintelligent.” Hispanic professionals must be aware of these differences in perception of the Latino/a stereotype as it might prove invaluable for personal career advancement as well as for the professional development of the Hispanic workforce and its impact in the U.S. economy as a whole. [source] 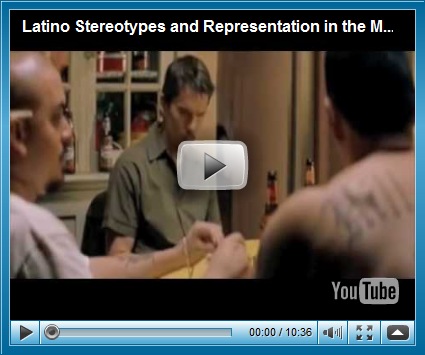 “Handy Manny” amounts to negative racial stereotyping for children because it once again depicts someone of Latino heritage in a service role.  If Disney had a multitude of Latino characters employed in various occupations, “Handy Manny” in and of itself may not necessarily constitute something negative; however, when the media representation of Latino’s, who amount to 13% of the U.S. population are lowing paying service sector jobs, gang members, or baby making machines, it is a systemic attempt to construct them as less than.

“Handy Manny” is easy to ignore specifically because it is a show aimed at children; however, when we consider that the media often serves as method of education, it is extremely dangerous to do so.  Children are not born understanding that race has a specific value for different bodies, we teach them on a daily basis through everyday ordinary acts.   It is the everyday representations through the media, and other agents of socialization, that teach them about hierarchy and their place in it.

So when we see “Handy Manny” and say hey, there is a Latino cartoon without understanding that this is one of the very few images that children will see, it becomes problematic. As White children grow, not only are they certain to see themselves reflected in the majority of the media, they are also certain to see Whiteness in a vast variety of rolls, thereby teaching them that  their colour does not serve as a barrier for success and that they rightfully can aspire to any profession that they desire.

As parents, instead of lauding “Handy Manny”, what we should be doing is agitating for further representation so that the character can be properly contextualized. Having one show in which a Latino character is featured is not representation, it is a crumb from the table of plenty. Shows like “Handy Manny” are often cited as evidence of change when the opposite is in fact true.  We are not post-racial as long as racial stereotypes constitute the majority of representations. Racism hurts more than children of colour --the White children watching are learning to overvalue their Whiteness, and thus perpetuate the vary same bigotry that has existed for generations. If we truly cared about all children, we would not corrupt their innocence by teaching them that some bodies are worth more than others based solely on race.