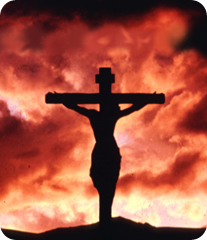 This week Ope wrote a guest post in which she suggested that the anti-Christian sentiment in some feminist spaces is hostile towards people of colour, because for many us, Christianity is an important part of our culture.   For the purposes of this piece I am going to speak largely about my experiences and what I have witnessed within the Black community and liberal spaces.  This is no way meant to marginalize people of colour that belong to different ethnic groups, or who have had experiences in the exact opposite of mine. Also, for the purposes of full disclosure, I was raised in the Seventh Day Adventist and Pentecostal  denominations of Christianity.

Today, I don’t identity with any one denomination of Christianity and in fact I eschew all aspects of organized religion.  I don’t attend Church services nor do I believe that the bible is the inerrant word of God, but I am still a Christian.  It is very much a part of who I am and informs much of my belief system.   I believe it is absolutely necessary to call out the bigotry that appears in many denominations as well as the hate rhetoric that is often practiced by fundamentalist Christians.

When I enter into liberal spaces, quite often those that have been victims of fundamentalist Christians will attack the validity of my belief system by lumping us all in the same group.  I know that this comes from a place of pain, but purposefully erasing me is also hurtful.  Quite often I am met with the idea that Christians don’t really practice what they preach, and if there was really a conflict regarding bigotry, more Christians would be speaking out.  Well, everyday on this blog I attempt to speak for marginalized bodies.  I encourage everyone through my open guest posting policy to speak their truth.

On the other side of the equation, I find that I am not welcome in Christian spaces because my belief system means affirming the fact that all are children of God/Goddess and therefore deserve to be treated with respect and love.  I am quick to speak out against the racism, sexism and homophobia that is all falsely justified by faith.  Even though the bible is an extremely problematic document, it is even more complicated by those that claim a biblical foundation for their bigotry where none exists.  Yesterday on “Tyra,” a young woman claimed to be against inter-racial marriage because the bible supposedly says that it is a sin.  This is typical of the nonsense often spouted by supposed Christians because many have not even read the bible cover to cover, or really contemplated the messages that it teaches.  They allow scripture to be interpreted by bigoted ministers or have internalized false proclamations as the truth through the hateful teachings of their community. If you walk into a Church and they speak about Paul and never Jesus, that is a sign that you need to run not walk to the exit.

What I have noticed is that there is silencing occurring on both sides, that often leaves Christians like me completely ignored in the conversation.  Fundamentalist Christians will not acknowledge my belief system because it is not filled with enough hatred to set them foaming at the mouth, and liberals often declare my beliefs either to be nonsense or they have already decided that all Christians are the same and therefore consider my viewpoint to be irrelevant.  How can we answer the charge of not standing up when we are ignored altogether?

I think that because both sides have drawn lines in the sand that the erasure of Christians with liberal views is purposeful. Like most things, a binary approach is taken even though there are people that straddle both groups.  It is much easier to frame an argument from a binary modernist framework than  to admit that there are nuances.  For instance, consider someone like Dan Savage who has been known to be fat phobic, sexist, disableist and trasphobic as representative of the gay community.  How limited would my understanding  of gay rights be, if I were to solely listen to people like him and assume that this represents the totality of gay rights organizing?   Would my view be correct?  When you listen to the Pope, or Pat Buchanan or in fact any fundie that claims Christian beliefs, and then extrapolate to assume that they are representative, you are ignoring people that don’t have access to the same power or platform, but yet still actively fight for justice based in their beliefs.

Many times I have seen other Christians make the exact same argument that I am making in this post and what do they get for their troubles – taunts about supposed Christian oppression.  Well it is not imaginary and it does exist.   Lumping all Christians in one group is no different than demonizing Muslims because some of them happen to have a fundamentalist approach to Islam. The issue is not so much Christianity but fundamentalism, and that needs to be clearly understood.  If you silence voices that would help you, then you are denying a valuable resource that could potentially be marshalled in the cause of justice.  The next time you are thinking of saying why doesn’t someone speak out, remember that I do everyday and it is because I am a Christian.