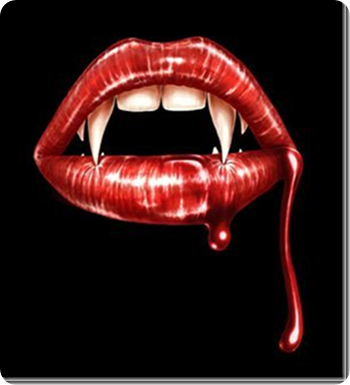 I got my copy of Twilight The Graphic Novel Volume 1 in the mail today. Much as I worry about feeding the Yes-on-8-heteronormative-Mormon-money-machine, I felt I needed to analyze this, the newest of the Twilight franchise adaptations. (Though I readily admit the only other graphic novel I own is V for Vendetta and that I have never read a comic book in full. So, I am no expert on the comic book, graphic novel, or manga genres.)

I agree with Deb Aoki’s estimation that, “By letting Young Kim's artwork do much of the storytelling, the graphic novel is an improvement on the novels, because Meyer's florid prose is one of the most distracting aspects of her books.” As so hilariously noted in the recent Monkey See post, the writing of Twilight often leaves much to be desired. That being said, the story is compelling, and as Chris Sims of Comics Alliance points out “a lot of what's lousy about the novel plays to the strengths of a comic.”

The pictures tell the story well, and much of the artwork is very beautiful and packs strong narrative/emotional punch. And, as the text painstakingly points out, both in Meyer’s preface page and Kim’s closing statements, Meyer “supervised each and ever page.” This is surely a nod to fans, many of whom seem to be “Team Meyer” just as much as they are “Team Edward” or “Team Jacob.”

Alas, neither Kim nor Meyer apparently noticed (or maybe just had no problem with) the fact the resulting images promote delimiting gender norms, erase all but white identity, and frame the body as only beautiful when it is ultra-thin and able-bodied. With a price tag of 19.99 (and with images throughout of obviously fashion conscious characters) the novel also furthers the pro-consumer, pro-wealth messages of the series itself.

As for representations of gender, the first image is of PART of Bella’s face – her eyes are cut off, tears dripping down her thin white chicks, and her lips are parted. Ah, the erasure of the female gaze, the promotion of beauty norms, and the sexualization of the always ready female mouth all in image one! Wow!

Being an academic, I can’t help but read more into the line that accompanies this image: “I’d never given much thought to how I would die” -- dying/death often symbolizes sexual activity (and especially so in vampire stories). Focus on a duly open mouth below the word “die” – well, I know I am going all Freudian here, but what I think is “blow job!!!” (The links between dying and oral sex are not lost on Gary Numan either, who sings “Her favourite trick/Was to suck me inside” in his song named – wait for it – “Everyday I Die.”) I am NOT claiming this suggestion is intentional, but I am with Roland Barthes here: intent is largely a moot point.

Flip the page, and we get a crotch shot of Bella (oh the many ways we can display women in parts!) followed by an image of HIS golden eyes. As these first few images make painstakingly clear, HIS male gaze will permeate the text – shaping  not only Bella’s view of herself, but also reader’s interpretations of the story.

As noted, I am no comic book or graphic novel expert, but it seems Bella’s head is cut off in an inordinate number of images, with framing that often leads the eye to focus on her chest or butt. One time I mistakenly thought there was a crotch shot of Edward and got excited, thinking this might at least be a case of equal opportunity objectification. But, I was mistaken, it was Bella’s crotch. On a second flip through, I find not one image that cuts off Edward’s eyes or head nor any that sexually objectify parts of his body…

As per the text’s representation of race, will, apparently race doesn’t exist – instead, everyone is white! Though the publisher claims the text combines "a rare fusion of Asian and western comic techniques,” I see little fusion in terms of race. (Maybe what they are referring to is the failure to include a picture of Kim on the back flap to accompany Meyer’s photo – or, in other words, fusion as erasure…?)

In regards to the illustrations themselves, as Deb Aoki notes, “Jacob and other characters' faces lack the rich characterization seen in Bella and Edward's faces.” Guess it’s hard to capture that “russet-color” that Bella and Meyer are supposedly so fond of…

The side characters – Eric, Jessica, Mike, Angela, Tyler– as well as the general Forks High School scenes – also portray EVERYONE as unabashedly Caucasian. No dark skin or “raced” features in sight! (Not too mention everyone looks like they could really use a sandwich! Is there some rule that manga drawings need be anorexic looking?)

So, enter the La Push gang. Yup, you guessed it, they look white too! The only representation that seems to say “I am Native” is Jacob’s – and this is indicated by a lame looking pony-tail and exaggerated “almond eyes.”

In many images, Jacob looks very feminine. Hmmm, is there some secret commentary or internalized racism going on here regarding men-of-color as not “real men” or “true macho”? Again, I doubt this was intentional – more likely, the artist is trying to portray Jacob’s “difference” and it ends up coming off (as difference often does) negatively (not to say that being feminine is “negative” but that it is perceived as such by the dominant ideology).

I don’t know about coloring processes, but I assume the Quileute could have been portrayed with darker skin – instead, they are literally white-washed, their faces as pale as Bella’s (though sometimes there is a strange cross-hatching on their faces, which has the effects of making their faces look dirty rather than dark. Interesting.)

In addition to suggesting that everyBODY is thin in the extreme, the artwork frames disability as weak and annoying. In one image of Billy Black, he has a demented Michael-Jackson-in-wheelchair aura, with Jacob oddly clutching onto his chest. Jacob is much larger in the image and takes up more space as he pushes Billy’s chair, and the result is that Billy looks very helpless and weak as his chair, the copy tells us, goes “CLATTER.” Oh, darn those disabled people, with their wheelchair noise and their inability to push their own chairs!

On the next page, Charlie pushes a scowling Billy -  you know, cuz what disabled person can actually push themselves…? (Do they only have chairs from the Victorian Age in the Olympic Peninsula or something?)

Now, reading the above you might assume I hated this little graphic foray into the Forks universe. Quite the contrary, actually. I think it’s a pleasurable adaptation that allows for a new experience of the story. But, being one who can never turn off her analytical side, I did find faults, as noted above. Does this mean it is BAD? No, as with ALL texts, it merely means it is caught within the confines of its own historical moment – a moment undoubtedly defined by the policing (in monstrous proportions) of race, gender, class, and body norms.