Monstrous Musings: I like my monsters fictional, thank you very much 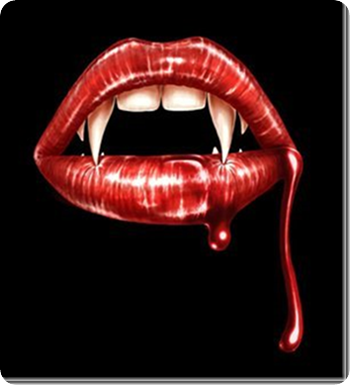 When I posted a few weeks back at my Seduced by Twilight blog on “What does a monster look like?” someone commented as follows in the thread:

“I think REAL monsters are those that don’t look like monsters at all. The most innocent looking, quiet ones that wait in the shadows and kill young women are today’s monsters. Monsters are violent and relentless but not always obvious.”

While I agree that real monsters are scarier than fictional ones, I am intrigued about the way we use the word monster both to designate creatures of the imagination – vampires, zombies, dragons, etc – as well as to designate people who act in ways defined as monstrous, cruel, and evil.

The etymological roots of the term monster come from “monere” (to warn), “monstrum” (that which teaches), and “monstrare” (to show). As noted in this essay on monsters, “The theme of teaching or guiding is thus implicit in the etymology, with the English word 'demonstrate' turning out to be a cousin of 'monster' in that the Latin 'demonstratum' is a past participle of 'demonstrare', which means 'to point out, indicate, show or prove'.”

These etymological roots indicate that monsters (both those we create in our fictional worlds AND those that inhabit our societies) teach, warn, show, prove, and indicate.

So, what do today’s “REAL monsters” (as they are referred to in the above comment) have to teach us? What are they warning us about?

It seems to me that those we generally consider monsters – those that kill/torture/abuse indiscriminately and repeatedly – do serve as a warning – a warning that our society not only allows such monsters, but actively creates them. Are not such monster indicating that our world breeds violence? Do they not point out that the main modes of societal organization – patriarchy, corporate capitalism, militarism – is perhaps the perfect conditions for monsters to thrive? Does not their existence – in exorbitant numbers and in all branches of society – priesthoods, schools, sports, government, media, etc – PROVE that we may be creating more monsters than we can slay or contain, let alone eradicate?

I am focused on such REAL monsters for reasons close to home. Last month, a 17-year-old female from my town was raped and murdered while jogging alone in a local park. This past weekend, on Easter Sunday, the attendance secretary from my son’s school was shot in her home, as was her husband, by a disgruntled neighbor who decided the best way to solve their long-standing disputes over a parking space was with a shotgun.

I am also focused on such REAL monsters due to a slew of hate crimes on the campus where I teach – crimes that have largely been ignored by campus administrators as well as the local media.

I know that such incidents are far from unique. I know such monsters lurk in every neighbourhood, on every campus, in every corner of the globe, and certainly in many governments, religious organizations, and law enforcement teams. But, somehow, the warning seems more urgent when such monstrous acts become so common as to be expected – as if daily violence, rape, murder, and hatred is par for the course.

I am beginning to wonder – have we become less like Frankenstein’s monster, who was horrified by his own monstrous reflection, and more like traditional vampires, who could not see their own reflection? I am in hopes these numerous warnings (in the form of all too real monsters) lead us to contemplate our collective reflection in that largest of mirrors - our society.