The N Word and Children 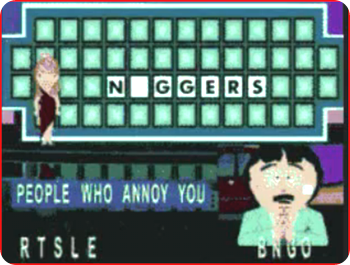 Destruction was on the school bus, coming home when another boy decided to point at a bunch of Black kids and say “look at all of those niggers over there”.  When he tried to defend himself and say that the comment was “not nice” the kid responded with, “who cares,” and started to laugh.  If this were not enough, a little girl decided to tell a joke.  “What do you call a bunch of Black kids lying under a red blanket?  A nigger kit kat get it?”

This incident involved kids from two different schools.  My sons principal was quick to tell me that the language was unacceptable and that the child attending my sons school would be dealt with.  I was unable to speak to the principal of the other school involved.  Apparently when my son was questioned, he was left with the understanding that he was not believed and was making it up for attention.  According to my son, he was pulled off of the school bus and questioned as though he had done something wrong, rather than being the victim of a hate crime.  Kids will be kids I suppose.

Who the hell wants attention for being considered less than human?  In this world, Blacks are always supposedly misinterpreting racism because Whiteness does not want to own the evil that it does.  I would like to know how anyone can misunderstand the meaning of the word Nigger.  Even my nine year old knows that it’s intent is to mark him as less than and ‘other’, even if he is unaware of all of the terrible history that goes with that word.

Last week I wrote about race as it relates to my youngest son Mayhem because I know with absolute certainty that he is about to enter a stage in this life where he must leave the comfort of my embrace and learn what it is to be Black in this world.

Black children don’t get to remain innocent children long, because they are born into a world that is determined to “other” them to support Whiteness.  This is why I have said many times, that the notion that we support and love all children is absolute bullshit.  We support White children of class privilege and any Black parent can attest to that, in fact, any Black person can agree with that based in the experiences of their childhood.

For their own mental health Black parents have been forced to arm their children to deal with racism for generations.  I have had to tell my child repeatedly that he cannot act like his little White friends, because when a consequence happens you can be certain he will be the one to carry it.  I have had to tell my child not to buy into the bullshit notion that any cop is his friend, because as we well know Black boys are understood as a threat.

He is a gentle, sweet, little boy who is full of love.  He genuinely cares about others and yet the colour of his skin will cause many to ignore what a good kid he is.  As I am forced to slowly pull away his innocence, it hurts me to watch as he becomes more cynical and sometimes angry.  It hurts me to know that he is battling not to take on the stereotypes that others so easily place upon him.  It hurts me to watch him struggle to maintain his dignity, even as there are those that are content to see him fail. In my eyes he is a beautiful angel, but to Whiteness he is a nigger and that is the cold hard truth.

Like many Black women I am often called angry, as though I have no right to my rage.  My anger is not simply built upon the systemic racism that I face, or the history of racism that has been used to demonize Blacks, it is a mothers rage unleashed in an effort to protect what I hold most dear – my children. For generations Black mothers have fought a futile attempt to shield their children and my experiences reify that the notion that we have advanced so much, or that racism is a thing of the past is a LIE.  It’s a lie and my sons downward cast eyes stand as proof of the pain it continues to cause.

So I am asking all you of so-called anti-racist White people, who claim to be trying to challenge your White privilege: teach your children in real and meaningful ways why it is important not to minimize and demean others.  Teach your children that their Whiteness does not place them above anyone else and that not only should they avoid using obvious words like nigger, but that the little jokes they tell are equally offensive.  I ask you not so much for myself, but for my son who is only nine and deserves the chance to be a child.