The feud between the White members of the LGBT community and the heterosexual members of the Black community continues to wage on.  Though both groups are marginalized, both maintain elements of privilege due to the hierarchal construction of our shared social world.  We spend more time talking at each other than to each other and this has led to anger and bitter recriminations on both sides.

The NAACP has been a strong out spoken advocate for LGBT rights and in fact, many Black leaders, which includes the congressional Black Caucus,  have spoken in support of the LGBT community and yet, Blacks continue to be constructed 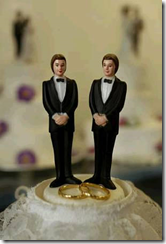 as uniquely homophobic.  When gay marriage was lost in Maine, the LGBT community could not use race as a factor because of the percentage of people of colour in the population and yet, there was no suggestion that Whites as a group are uniquely homophobic.  The moment that people of colour are removed from the equation, suddenly race is no longer a factor, though whiteness is just as much marked and disciplined by our understanding of what it is to exist as a racialized body in North America as any other grouping of people.

Jealous discussed the inability to reach some form of understanding between the LGBT and the Black Community in an interview published at “Big Think”.

Jealous is also attuned to the civil rights struggles of another minority group—gay Americans—and aware of the public perception that black activists have been lukewarm in supporting their cause. Yet for his own family as well as the NAACP, he says, gay rights are not only important but "personal"—and if there's a gap between the movements, it's a product of insufficient outreach from the LGBT side.

Even in his support, Jealous relies on privilege to explain away the issues between the two communities and in the process ignores the people of colour who are LGBT and therefore living examples of the intersection between the two communities.  It is privileged to believe that marginalized bodies should educate you about the issues and justify why social action is needed.  We can only ignore oppression when it does not directly affect us and this is why we must always look within ourselves first to understand the various ways in which our bodies are encoded with privilege. 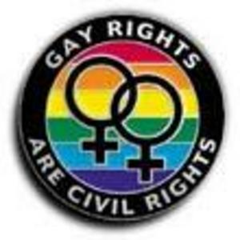 Even with the knowledge that expecting to be spoon feed knowledge is an example of privilege; the reality is, that if a marginalized group wants to move forward in their drive for equality, they will need a coalition of bodies because no fight for civil rights has progressed without a ground swell of support from a wide spectrum of the population.  This means enabling privilege by not only explaining the issues but reaching out to targeted communities.

It is not enough to say that you are oppressed too and therefore you should know better, because though no oppression is ever good, no two are the same, despite being built on a desire to support hierarchy and “othering”. When Blacks look at the GLBT community they see White faces staring at them and when this is coupled with the just like you tagline, it hardly encourages a feeling of solitary because just like you necessarily means White and class privileged.  Appropriating parts of the Black civil rights struggle only further implies that this is a problem of rich White people who are willing to play with what is considered to be real oppression for their own gains.

Let’s be honest, Gay rights does not involve slavery, Jim Crow, lynching, a lack of economic progress, over representation in the prison industrial complex, etc., but the closet, gay bashing, lack of good media representation, DADT, ENDA, housing discrimination, employment discrimination and  HIV/AIDS, are all horrors unto themselves that present a unique challenge that can and should stand on their own. If the BLGT community wants an outpouring of popular Black support, rather than just the support of what are in some cases self appointed leaders, the face of TLGB activism needs to reflect the actual population and not simply the oppressed White Castro gays that don’t want to be treated as niggers because honestly, that is how the appropriation, Gay is the new Black, and we’re just like you reads, whether or not it is fair.

People join movements to fight oppression when they can empathize with the situation and a White face on the GLBT community is problematic for Blacks who have had the boots of White oppression placed upon our necks for hundreds of years.  No one, no matter how magnanimous and kind, openly and willingly embraces their oppressor and to expect this is to show a distinct lack of understanding of what it is to be of colour in North America.

If there is to be some reference regarding Jim Crow or the civil rights movement, allow same gender loving people of colour to make the analogy because it is our shared history not yours. The long and short of it is this, if you want Black support, simply allow the people of colour who are part of both of our communities to have a chance to speak about their issues because when the face looks likes you, it is far easier to see the similarities rather than the differences…so yeah, just like you, but with a Black face.