Privilege and the American Dream 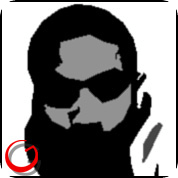 I am a writer, a philosopher, a dreamer, and an idealist.  I have no credentials worth mentioning, and I don't presume to know anything about anything.  I am merely a man, and a person of color, and I am always contemplating what that means for me and my relationship to the rest of the world.  That relationship is negotiated by an overwhelming sense of justice, something I mitigate with a harsh rationality lest I come completely undone by my emotions.  I blog about social issues, culture, politics, philosophy, and entertainment at Godheval.net.

Someone singing Wal-Mart's praises on Facebook - and my subsequent criticism of that morally bankrupt point of view - reminded me of Barbara Ehrenreich's book, Nickel and Dimed, which I read back in Economics 101 several years ago.  I looked up the book on Wikipedia, wondering what kind of criticism someone could levy against it, arguing in support of Wal-Mart.

That lead me to Scratch Beginnings, a book written by Adam Shepard detailing how he, starting with only $25 and the clothes on his back, managed to "live the American Dream".  He started at a homeless shelter, got a job with a moving company, and by the time the whole experiment was over, had his own apartment and nearly $5,000 in savings.

I found an interview with Shepard where he explains some of his experience and also his views on what it takes to live the "American Dream".  Before I even found the article, I had some ideas about Shepard - ideas that were only affirmed the moment I saw his picture.  To sum it up in two words: white privilege 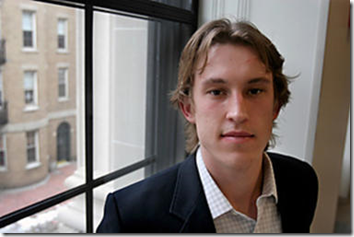 What proponents of the "American Dream" always forget - or perhaps never even consider - is that the "American Dream" is not equally accessible to all Americans.  Shepard's experience of being able to get that job, to rent that apartment, has much to do with his privilege as an able-bodied white male.

Before I get into that, though, there is a bit that needs to be discussed about Shepard's background. He entered the experiment with a college education, which although he did not use the credential to help him get the job, certainly played into his ability to navigate his experience with poverty.

That he was even able to secure a college education speaks to certain advantages he had that many do not.  That he was even inclined to go to college in the first place says more still, because for the genuinely poor, foregoing four years of income for the mere possibility of a better job is often not even a consideration.  The value of higher education is easy to take for granted once you have it.

Furthermore, Shepard admitted that he had a credit card in his back pocket for emergencies.  While he didn't use it for the experiment, just knowing that it was there for him to use certainly buffered him against the harsh reality faced by actual homeless people.  Knowing that he always had a way out if he needed it would prevent despair from setting in.  The psychological cost of homelessness is one that can only be taken for granted by someone who was never truly homeless.

Now, back to his privilege.  As an able-bodied male alone, he would be considered more qualified for work at a moving company, than say the man in the wheelchair he discusses during his interview, or even an able-bodied woman.  As a woman, current statistics would suggest that she'd be getting paid less for the same job, if she had gotten it at all.

Being a white male further enhanced his opportunities, because of certain things he did not have to face.  A person of color in his same situation - especially in South Carolina - would likely have to deal with discrimination, by police who might question his right to be anywhere, by employers who would not give him the time of day, and by rental property managers who would assume that he - for his ethnicity, never mind his financial situation - may not be able to pay.

In a way, homelessness and poverty are associated with people of color, and indeed people of color are disproportionately poor.  White Adam may have been looked upon with sympathy, or with the assumption that he must genuinely be in a tough spot and that he'll pull himself up if only he's given the chance.  Black or brown or red Adam's condition would've only affirmed what the property managers, employers, and police already expect of such people, that even if given a chance he probably wouldn't do anything with it.

Perhaps here one would be inclined to criticize me for injecting race into an issue that has nothing to do with race.  Except that of course it does, for all the reasons I've mentioned, and because Adam Shepard himself indicates that it does - whether he intended to or not.  He says in the interview:

Who will most people picture when they imagine someone driving a Cadillac with rims on it?  Who, according to stereotypes, drives Cadillacs?  A black or brown person, undoubtedly.  And I am certain that it was a  black or brown person that Adam himself envisioned when he made that  statement.  Urban dictionary is hardly a scholarly or reputable source of  information, but it is useful in providing some  insight into the ways that racism can be packaged within subjects that  ostensibly have nothing to do with race.  The first definition of Cadillac reads:

A car which is bought with crack money, that must have D's thrown on it. Sometimes referred to as a bitch.
"Just bought a Cadillac, Throw some D's on that bitch!"

"D's", in case you're wondering, is short for "Dubs", another term for rims.  A second definition rams the point home more explicitly:

Once classy brand which my doctor neighbour owned in the 80's but has now transformed and became popular amongst gangster wannabees...

...Cadillac brand has now become a joke since the only people who like them now are gangstas, poor blacks from the hood...

The chief expenditure of African Americans

The subject of every "crunk" rap song, along with "twunny foes", and prostitution and strippers.

So maybe -maybe - Adam Shepard wouldn't have been thinking about black or brown people if he had only mentioned Cadillacs, but tack on the rims bit and it's pretty clear that he was.

Considering all of this, how should I interpret the quote above?  That contrary specifically to what poor black and brown people are doing with their money, with only some "hard work" and "common sense", anyone can achieve the American Dream.

What Shepard fails to consider is the presumption built into the ideal of the American Dream that one should be white, able-bodied, and male - as is Shepard himself.  It is a presumption that rings true as we see many people, unequipped with white male privilege but exerting the same amount of - or more - hard work and common sense, unable to shatter the various glass ceilings set above them for reasons of gender, race, class, and physical ability. Interestingly enough, Barbara Ehrenreich highlights some of these disparities  as they relate to race in a recent article she co-wrote for the Huffington Post.  In it she writes:

The longstanding racial "wealth gap" makes African Americans particularly vulnerable to poverty when job loss strikes. In 1998, the net worth of white households on average was $100,700 higher than that of African Americans. By 2007, this gap had increased to $142,600. The Survey of Consumer Finances, which is supported by the Federal Reserve Board, collects this data every three years -- and every time it has been collected, the racial wealth gap has widened. To put it another way: in 2004, for every dollar of wealth held by the typical white family, the African American family had only one 12 cents. In 2007, it had exactly a dime. So when an African American breadwinner loses a job, there are usually no savings to fall back on, no well-heeled parents to hit up, no retirement accounts to raid.

Do these statistics reflect an entire population foolishly choosing to put rims on their Cadillacs?  Or do they perhaps reflect a serious socioeconomic disparity based in the institutional racism of American society?  The last sentence in the above excerpt corresponds to Shepard's ability at any time to fall back on his credit card and the wealth of his parents if and when he needed them - something he was able to take for granted because he did not, in fact, use them.  That is, until he decided the experiment was over and went back to his normal life - again, a luxury that a genuinely poor person does not have.

Shepard's Scratch Beginnings is in part a criticism of Ehrenreich's Nickel and Dimed, which was about her struggle (and failure) to work her way out of poverty as a Wal-Mart employee.  His criticism does not consider how Ehrenreich's experience might have been different for the fact that she was a woman.  And while Ehrenreich is white, a disproportionate number of Wal-Mart employees are people of color, a fact that is related to the uneven distribution of wealth along racial lines.  Those employees likely have an even more difficult time than she did.

In that Shepard is able to criticize the poor Wal-Mart employee by proxy through Ehrenreich, for her inability to achieve the American Dream as he did, and invoke the image of the poor black or brown person choosing extravagance over fiscal responsibility, he makes his white male privilege very evident.  He also shows how from that position of entitlement it is easy to condemn those who do not have it - invariably women and people of color.

Finally it shows how white male privilege underpins the American Dream and how implicit within that ideal is the utterly racist, classist, and sexist assumption that it is for their own shortcomings - laziness, irresponsibility, stupidity - that anyone does not live the dream.