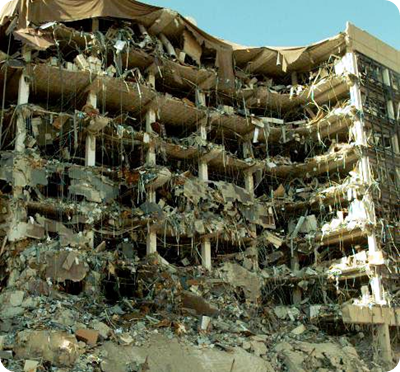 April 19th marked the 15th anniversary of the Oklahoma City bombing.  Timothy McVeigh was spurred to destroy the Alfred P. Murrah Federal Building by what he deemed to be the mishandling of Waco and the Ruby Ridge incident.  Initially, after the bombing, the American media was quick to suggest that this was the work of Middle East Jihadists; however, it would ultimately prove to be an act of domestic terrorism.  Since this bombing, the U.S has engaged in two wars in the Middle East.  Yet the threat of domestic terrorism has steadily increased to the point where it is reasonable to wonder whether or not another domestic incident is perhaps more imminent than an outside threat.

In February of this year, Joseph Andrew Stack set fire to his home and then flew a Dakota-236, 235-horsepower single-engine Piper PA-28 Cherokee aircraft into an IRS office in Austin Texas, killing two and severely injuring 13 people.  Stack left a rage filled suicide note on the internet.  According to the Vancouver Sun, Stack wrote:

“I choose to not keep looking over my shoulder at ‘big brother’ while he strips my carcass, I choose not to ignore what is going on all around me, I choose not to pretend that business as usual won’t continue; I have just had enough.”

Though his actions did not lead to as many deaths as that of McVeigh, the reluctance to declare him a domestic terrorist is alarming.  Shortly after his death, Facebook fan pages were created in which Stack was declared a hero.  Republican Texas gubernatorial candidate Debra Medina attempted to justify Stack’s actions by stating that he is reflective of “the hopelessness that many in our society feel.”

In March, an FBI led task force arrested members of a self-described Christian Militia in Michigan, Ohio, Indiana and Illinois.  The Hutaree had amassed a stockpile of weapons in preparation for Armageddon.  “Jesus wanted us to be ready to defend ourselves using the sword and stay alive using equipment,” one of the group’s purported leaders wrote on its Web site. “We, the Hutaree, are prepared to defend all those who belong to Christ and save those who aren’t. We will still spread the word, and fight to keep it, up to the time of the great coming.”

According to Fox News, the Hutaree were planning an attack against police sometime in April, in the hope of initiating a violent confrontation with the government.  Members had been undergoing paramilitary training, including learning how to shoot guns and make bombs since 2008, according to an indictment.