A Spark of Wisdom: Intersectionality: We're all fighting the same fight 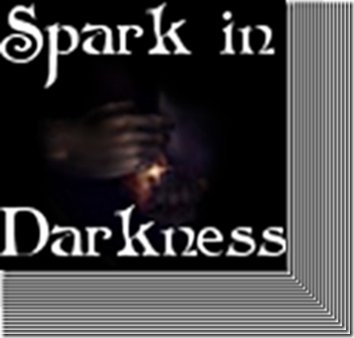 I've been reading a few blogs, thoughts and damn good rants on and around the subject of intersectionality. This basically touches on people who belong to several groups that face oppression or prejudice (for example: a black woman, or a differently abled homosexual) and there are so many big topics here that I could spend hours talking about it (from the oppression Olympics to the "dilution" argument, to under representation - gods it could take days and most of it has been said before and better - though I may visit them in the future.)

But there's one point that strikes me most about it which I do firmly believe in. We're all fighting the same battle.

Oh details vary, reasons vary, individual concerns vary, history most certainly varies. There's a lot of variation here that we shouldn't dismiss. But in the end there's one unifying message:

People shouldn't be 'othered,' devalued or treated as lesser be that through great big violent oppression and hate or small, subtle but prevalent societal assumptions and pressures.

That is the core. That is the foundation. This is the root of all our movements for freedom and justice. The 'othered' should not be disadvantaged by the dominant privilege and should enjoy the same rights, freedoms, opportunities, respect, position and advantages as they do.

Similarly, it means that every incidence of sexism, ableism, racism, homophobia et al is an attack on ALL of us. In every instance the message is being sent that it is ok to treat people as less for being 'other' in every instance it is saying that the privileged group deserve their privilege and others deserve to be treated as less. Even if we ARE privileged in that specific instance, it is still an attack on us if we allow any 'othered' group to be treated as less. We have a stake in that fight and we have a duty - not just from human decency - but from sheer self-interest to fight against that prejudice.

It also means that if an 'othered' person does something or says something sexist/racist/etc then they are hurting themselves.

The message is Prejudice is Wrong. You can't say "some is wrong" or "it's wrong when used against me" or "this prejudice is ok but prejudice against me isn't" it doesn't work that way. When you are prejudiced or allow prejudice to go unchallenged - even if you don't perceive it as your fight - then you are giving a license to be prejudiced - you are allowing the idea that prejudice isn't necessarily bad. That's a message none of us can afford to send.

In practical terms what does this mean to me?

1) Even if a prejudice doesn't touch me - I have a duty to fight it. The fight against sexism, racism et al may not be directly my fight, but in a wider sense they are. If I allow racism, sexism etc then I weaken the fight against homophobia

4) I should acknowledge my privileges - because ignoring them annoys - and try to think past and beyond them and not use them to oppress. I should do all I can not to be part of the problem

5) I should never ever ever ever ever condone the 'divide and conquer' tactics that have been used so successfully before. We're in the same fight - we can't throw our allies under the bus if it will get us ahead.

Othering, prejudice, bigotry is wrong. Always. Allowing it in any instance opens the door for it to be allowed anywhere. If we recognise this we are much much stronger