A Spark of Wisdom: My relationship isn’t perfect 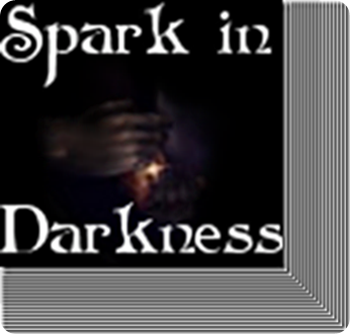 It seems like a silly thing to say - it certainly seems even sillier to treat this as a guilty admission - but, yes, I confess, my relationship isn't perfect. And it does feel like a confession.

Sometimes Beloved will do things that frustrate me to no end. The fact he thinks that running a vacuum cleaner over about 2 square inches of space in the centre of the room counts as hoovering - and THEN gets huffy if I decide that, y'know, I prefer my carpets NOT to be crusty drives me to distraction.

The fact that he has not only the gross temerity to be a MORNING PERSON (a morning person people! Sharing MY bed. On WEEKENDS no less.) who is incapable of being quiet and doesn't realise that we don't ALL sleep like Dracula at noon is enough to drive me to contemplate murder on many occasions. Oh, this sleeping like a sunbathing vampire (that does NOT sparkle) also means that when the cat is yowling at 3:00am guess who does not hear it? Not EVEN when you bludgeon him with a pillow.

The fact  he will make ridiculously detailed plans for the day/week/month/year/bloody century vexes me muchly - but not nearly as much as his dual ability to completely ignore them while at the same time pitching a fit if I forget the myriad plans he has made for me.

He will keep using my toothbrush no matter how many times I say how disgusting that is. And he laughs about it.

Every time he goes shopping I live in fear - be it the big jar of chillies, the 22lb turkey, the VAST BALL OF MINCE, buying more teriyaki sauce than milk, or the mystery meat surprise - it's a new disaster every week

We are sarcastic. We snark each other, a lot. Sometimes we have epically childish confrontations. He has been known to sulk for DAYS. I have stormed out of the house in a blazing fury and stayed out, ignoring my phone, long enough to make him worry.

Our relationship is not perfect - which is not really surprising because he isn't perfect (and I will concede off days, when I'm not trying very hard and when I'm tired when perhaps I may, just may, occasionally fall short of total perfection). Lack of perfection is pretty normal in any relationship - in fact, an utterly perfect harmonious relationships without a hint of discord would seem to be not only not normal - but probably not very healthy either.

And yet, whenever there is a hiccough in the otherwise smooth running of our life and I am vaguely considering how to effectively dispose of the body, I feel guilty if I let any cracks appear in the facade of perfection - even - ESPECIALLY - to my family.

There will be support. Lots and lots of support. The slightest tiff will result in my mother kindly and gently informing me that I always have a home with my parents. Which, y'know, is nice and kind and supportive. But rather overkill when I'm complaining that he's ordered a ridiculously huge turkey.

There will be comments, "well that's what you get when there's no woman in the house" or "you guys need a woman to look after you." And even "if one of you were a woman, it wouldn't have happened."  Which, apart from anything else, is grossly sexist as much as anything.

And there's the sly hints, "well, relationships like yours are going to have difficulty." "Well you know you have to work harder than most to make it work." "Maybe you two just don't gel properly."

They're rarely malicious (well, except for a few uncles who I have Issues With). They're often meant to be jokes, they're meant to be supportive or sympathetic or reinforcing. But they oh how they are strongly flavoured with a "it's a shame he's not straight" or "it would be easier if you were straight" sentiments. The regret is palpable.

Sadly, there's always that idea - that idea that has been perpetuated in my family and me since birth - and in society for much much longer, that gay relationships aren't real. Are flawed. Are lesser.

Which means I feel guilty admitting the flaws. It means I am ashamed of the cracks.

Because I'm afraid of offering any proof that these prejudices are right, I'm afraid that being anything less than perfect will validate their assumptions that we're flawed.

Because every time we argue - it's because we're gay.

Because every time we annoy each other - it's because we're gay.

Because every time we haven't understood each other, or have hurt each other - it's because we're gay.

My relationship isn't perfect - and that's perfectly ok. But I am sorely tired of the effort and the acting of holding up the mask of perfection.