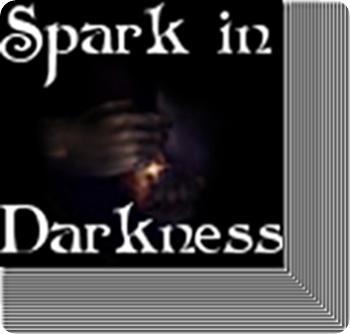 Beloved and I have lots of random scheduling, especially through the week. I work long hours, have a blog, read vast arrays of blogs, new sites and random things that amuse me.  I also leave my deadlines to the VEEEERYYYYY last minute then inter myself at work until I'm sure he needs a photograph of me to remember what I look like.

Beloved doesn't work long hours, but he does work... random hours. And his endless enthusiasms do eat up his time (and my tolerance).  When he has a new whim it does tend to eat many hours of his time. Of course, I do try to spend time with his hobby du jour, but after a couple of hours even I run out of sarcastic commentary.

So we have 2 rules - we always eat together in an evening, and Fridays and Saturdays are ours, together. And on Saturday that means coiling on the sofa with some nice bottles and whatever our Skyplus has been told to record over the week (we record far more than we ever watch and are steadily falling behind).

This is us time, comfort time. When all the badness of the world is reduced to whether or not my glass is full and whether, if I poke him in enough places, Beloved can be convinced to fill it up.

And yet, while I snuggle up happily to watch Waking the Dead or Silent Witness (cheesey crime dramas? Yes I likes them), Top Gear (Richard Hammond. Enough said), Lie to Me (Tim Roth. Don't look at me like that, you know you would too) and so many other wonderful shrines of cheesey goodness, ready for a nice lazy evening...

Except for the last few weeks now we've been brought to a screeching halt and fallen back on cheesey DVDs we've watched a dozen times. Which means we're getting ever further behind on our recordings.

Because in the last few weeks we've had - depictions of anti-gay hate crime, depictions of religious gay youths using "aversion therapy" to hurt themselves when they have "impure" thoughts, a young man killed by the manager of his gay lover for fear that his sexuality would ruin their career, and people driving across a renowned conservative southern state of the US with "manlove forever" written across the side of the car to see how angry the locals get. More than a few cringe worthy stereotypes than I could shake a stick at - oh and a B&B called, oh-so-funny -  "The Happy Faggot"

This does not make for a happy evening of cheesey TV consumption. In fact, it leaves Sparky very grumpy and sad and hurt and angry and generally uncomfortable. I hesitate to use the word "triggered" because I'm not sure how extreme a reaction needs to be to be considered a trigger, but it does not leave me in a happy fun place with booze and Beloved poking.

And that's pretty damn sad. It's pretty damn sad that there is so much anti-gay badness in society that I can't relax in front of the television without worrying that I'm about to be dragged down bad-memory-lane or left cringing and uncomfortable. It's sad that I've reached a point where I can't sit down on our happy, fluffy Saturday nights and just watch television without checking the synopsis first to make sure nothing we're watching is going to hurt me.

Of course, the alternative to that tends to be a night of straight viewing, with nary a gay in sight. I can look forward to a full night of comfortably not having the media stomp all over my sore spots, dredge up the bad memories or make me upset and frightened - but only because it reduces the world to the grand Straight World of Hetlandia

Is there a solution to this? I mean, I can see the argument now, "he complains when there are gays on TV then moans when there aren't!" aren't I an awkward little thing? And yes, covering over all the negative aspects of homophobia in depictions of gay people would be deeply problematic as well. See, I'm even more awkward? But the problem with depictions of homophobia is that they're essential for straight people - so straight people can learn and come close to understanding. We don't need to be taught these lessons, we've already learned them, often painfully. We don't need depictions of gay pain and gay loss and gay sadness and gay angst and anti-gay cruelty. They're essential portrayals and they benefit us - but they're not for us.

I'd like to be able to just turn on the television and relax. I'd like to not have to approach the media with caution and fear. I'd like to lay back and enjoy my evening without being hurt. I'd like to spend a night NOT being faced by homophobia.

And that's ultimately it. I want to spend one night, one comfortable, us night where I don't have to deal with this. Just one night when I can just be without having to worry about it, without having all my sore spots poked. And I'd quite like to have that without having to erase my existence or burrow through all of TV-land for niche programming

It doesn't seem a lot to ask, it shouldn't be this hard.