The Strange Case of Kat Stacks & Fifteen Year Girls Who Sell Themselves (Who Is Looking out for Our Daughters?) 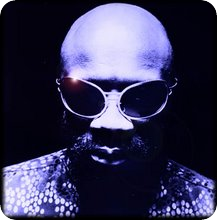 I have two daughters, two beautifully intelligent young ladies who I absolutely adore to no end. But don’t get me wrong; I love my two sons with equal fervour, equal devotion. However, I have a far different relationship with my daughters. I spoil and dote on them incessantly. They are my heart.

My wife says that I have this crazy compulsion that causes me to mentally adopt children, to always assume the role of father, and when these, my adopted children, do something to disappoint me, or when harms befalls them, I take it much too personally.

My wife says that I am the very author of my own miseries.

Early Monday morning, a colleague e-mailed me the video embedded below and requested that I pen a few lines in response to the video. [WARNING: NOT SUITABLE FOR WORK]

I think I only got through the first thirty seconds or so before I stopped watching, and then sent a return email in which I politely but crisply requested that my colleague not waste my time by sending me such foolishness. However, later when I got on Twitter, I found that the name of the young lady in the video, Kat Stacks, was trending. And the remarks being made about her were disparaging to say the least.

I went to her site, which has been made private now, and amid the profanity and the stories of sexual conquest, I found this strange, non sequitor narrative of her three suicide attempts. And behind each of these suicide attempts is a relationship with a man, with someone who she turned to for love, for protection, for companionship, gone awry.

Instead of love, instead of protection, instead of real companionship, over and over again, she only found exploitation and abuse. At one point in this narrative she returns to her boyfriend/pimp after being beaten by another man, and he proceeds to beat her as his best friend holds a gun to her head. And during the beating, her only reply is, “Why, Daddy, Why?”.

And though we disparage her actions, in her sleeping with rappers it seems that she is desperately searching for some sense of self and access to some measure of power and control in her own life. In fact, she seems almost like a Superhead-lite, looking to find love in all the wrong places. And though we frown on her actions, she is our creation. She is our child.

Yesterday, Trenton, New Jersey, police announced the arrest of twenty-seven men in connection with that case. Twenty-seven? You mean that that many men actually participated? You mean to tell me that not one person at the party had the courage, the temerity to stand up for those two children? No one said it was wrong?

One common thread connects these two stories. In both stories, any number of people, of men, stood in line to abuse and exploit these young women; however, very few seemed willing to stand up for them.

While we condemn Kat Stacks’ actions as deplorable and immoral, while we refer to her as a ho or a slut, what about those rappers and other celebrities who seemed only too willing to participate in the exploitation? They seemed only too willing to use their fame and notoriety as weapons to demean and destroy. These nasty motherfuckers filthy little men deserve more than a little of our ire.

And if you want to form a lawless vigilante mob to roll through Trenton and pull those twenty-seven men from their cells and stomp the very life out of them, please swing by and pick me up. But before we go after them, let’s round up all the other men (women) who attended the party, who knew what was going on, but stood by and said nothing; they are as culpable as those who actually participated. How could you stand by and just say nothing?

It all causes one to think. We would like to think we live in a moral society, and we would like to think that most people have the best interests of our daughters (and sons) in mind, but its seems as though the immoral, the predators, are more driven and emboldened by their perversity and degeneracy than those claiming to be good and decent are driven and emboldened by the mandate and urgency of right.

And in the meantime, while we are wandering in circles and pointing fingers and calling people names, once our children cross the threshold of our homes, after they are outside our purview, who is looking out for them? Who has their best interests in mind?