The Tea Party: A Lesson in Ignorance

I came across these images on Flicker and I thought I would share some of them with you. 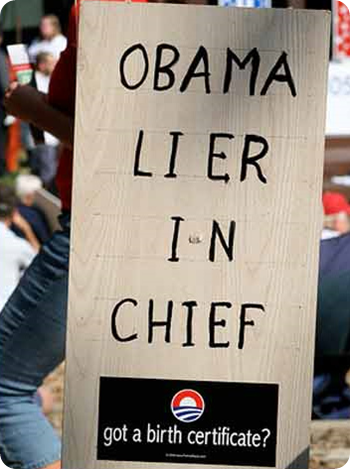 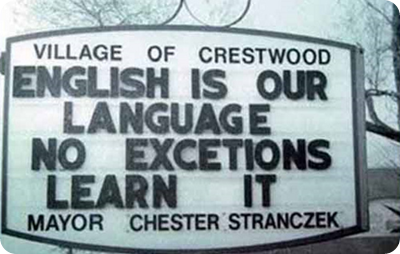 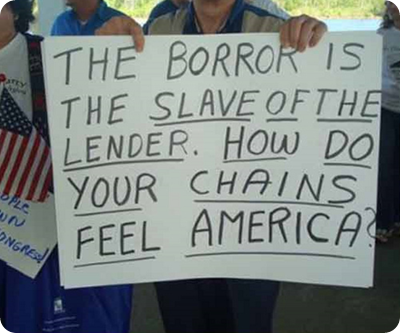 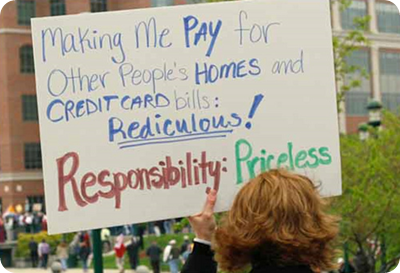 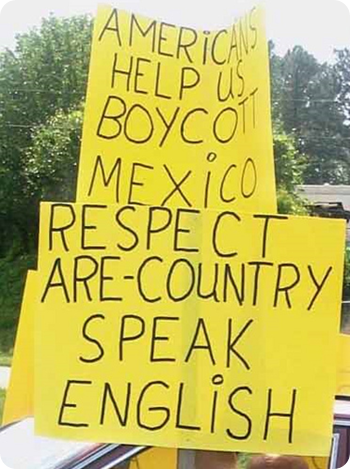 Did you notice a trend?  All of these signs have spelling errors and it is highly reflective of who makes up the Tea Party.  They are largely poor and undereducated Whites who fear the loss of the only privilege that they have – Whiteness.  Poor Whites have acted against their best interest economically for centuries.  It is no accident that the more educated you are, the more likely you are to have  liberal views.  I find it ironic that they want English affirmed and yet they themselves are hardly able to speak it, let alone write it proficiently.

The tea party stands as proof of why education is so important.  These people have been sold a bill of goods and with no counter-point, they have accepted this without question.  The ruling White bourgeoisie is never going to tell these people who is really responsible for their impoverishment and their ignorance.  This is why we have seen an attack on so-called liberal college professors and a cult of anti-intellectualism.  Thinking is specifically discouraged, because given the hard facts, it is hard to deny that the real evil in this culture is not poor bodies of colour, or even socialism, but those that live with undeserved privilege.

They don’t even understand that socialism is in their own best interest.  No pure capitalist state exists for a reason – capitalism is predatory and it necessarily marginalizes for the purposes of profit and therefore, those in the working/under class would not be able to achieve any kind of sustained subsistence without some form of socialism. Capitalism is the cult of I in a world that clearly needs a culture of we.

Socialism means a society that cares whether or not the poor woman across town has enough to eat.  It means that we understand that we are a communal animal and dependent upon each other for survival.  Just our dependence upon touch and human interaction should prove this most basic fact and yet, the ruling bourgeoisie trumpets individualism, and responsibility, while they openly abdicate the debt they owe to marginalized bodies.

If you live in privilege, it is not because you have worked harder than anyone else or because you have some sort of special talent, but that throughout the course of history your family has stood on the shoulders of others to allow you to have access to opportunities that were not available to the poor.  For instance, house ownership continues to be an issue in the African-American community and when we consider that this is one of the easiest ways to pass wealth from one generation to another, is it any wonder that Blacks still exist with little net worth?

When poor White people fight in opposition to healthcare, it speaks to their inability to see their own best interest to protect a class interest that is in complete opposition to their own.  Rush Limbaugh can afford the best healthcare that the nation has to offer at any given time and this is because he has class advantage.  Of course he is not going to want to take care of anyone else and of course, he has developed a sense of self entitlement; his gender and his race have encouraged this from the moment of his birth.

What we can learn from the Tea Party is that education is essential dismantling undeserved privilege.  Teaching children to think critically is extremely important and this means giving them accurate information on which to base their decisions.  People who are not taught to think will follow.  As I have always said people drink the sand not because they see a mirage but because they don’t know any better.