A travesty for women & the environment 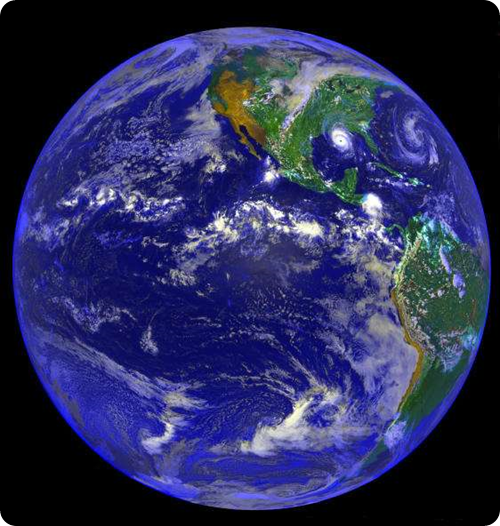 It seemed like a scandalous disconnect, a case of the right brain not knowing what the left brain was doing.

On March 12 Secretary-General Ban Ki-moon of the United Nations announced the appointment of a High-level Advisory Group on Climate Change Financing. The group is supposed to mobilize the money to help poorer countries deal with climate change, which had been promised them during the U.N. conference in Copenhagen in December.

March 12 also happened to be the last day of a two-week session of the U.N. Commission on the Status of Women, which of course had received high praise from Ban and other officials. At those meetings, reports were given on how climate change impacts women and their children even more severely than men.

Ban had also issued a statement on International Women’s Day saying that “empowering women is central to all other millennium development goals.”

And, according to Selina Rust, writing from the U.N. on March 18 for the Inter Press Service news agency, “Ban himself gave a speech last September underlining the importance of ‘an environment where women are the key decision makers on climate change, and play an equally central role in carrying out these decisions.’

“’We must do more to give greater say to women in addressing the climate challenge,’ he said at the time.”

It was all just talk.

Of the 19 appointees to the high-level climate change group announced March 12 by the secretary-general, not one was a woman. Jaws dropped. Women’s groups still gathered at the U.N. were shocked and outraged.

Was it just an oversight? Certainly from the point of view of public relations, it was a huge blunder to make such an announcement that day. But leaving timing aside, this was not unusual. High-level appointments in which women are shut out get made all the time by capitalist governments and supposedly international bodies. Sometimes they include just a token woman — something the secretary-general’s office scrambled to do once news of his all-male appointees hit the fan.

It should be noted that the meetings on the Status of Women, like many other progressive activities that use the U.N. as a venue, are organized through the General Assembly, which currently has 192 member states. However, the secretary-general of the U.N. is nominated by the much smaller Security Council and is subject to a veto by any of its five permanent members.

Thus it is the Security Council — dominated for decades by U.S., British and French imperialism, which occupy three of five permanent seats — that pulls the strings in matters like these appointments. They are the ones who get to decide what is, to them, the most important question regarding climate change: money.

They also represent highly industrialized capitalist countries whose drive for profits is responsible for most of the carbon dioxide in the atmosphere that is causing climate change.

So who were on Ban’s list of appointees? They included:

• Lawrence H. Summers, current director of the White House’s National Economic Council, who in 2006 had to resign as president of Harvard after he had tangled with African-American activist professor Cornel West and also had said in a speech that the underrepresentation of women in the top levels of scientific academia could be due to a “different availability of aptitude at the high end.”

• George Soros, the multibillionaire currency speculator and founder of the Open Society Institute, which played a big role in getting control of the media in Eastern Europe and engineering the overthrow of the workers’ states there. This led to a disastrous decline in living conditions, especially for women, and soaring rates of sexual trafficking.

• British Prime Minister Gordon Brown, who has alienated much of his Labour Party constituency, but pleased Washington, by sending thousands of British troops to Afghanistan.

• Executives from the central banks of both France and Germany.

Of course, this group would have no credibility without also having members from the global South. But the imperialists made sure that the person who is co-chair, along with Brown, is someone they can trust: Meles Zenawi. He became prime minister of Ethiopia after an imperialist campaign brought down the revolutionary government there. His troops have collaborated with the Pentagon in the invasion and bombing of Somalia.

The IPS article on the Status of Women hearings cited a report by the British-based Women’s Environmental Network showing that more than 10,000 women die each year from weather-related disasters such as tropical storms and droughts, compared to about 4,500 men. Women, it says, are also the main producers of food, providing 70 percent of agricultural labor in sub-Saharan Africa, and so are particularly affected by reduced agricultural output. And because of diminishing water supplies in many developing countries due to climate change, women must travel farther each day to collect water and fuel.

Any group tasked with finding the money for poorer countries to survive climate change that does not include genuine representatives of the people affected will bend to the will of the financiers, the bankers and the imperialist politicians. What has just happened is a travesty not only for women but for all people struggling against the horrific consequences of unbridled capitalism.

Articles copyright 1995-2010 Workers World. Verbatim copying and distribution of this entire article is permitted in any medium without royalty provided this notice is preserved.
Posted by Renee at Thursday, April 01, 2010