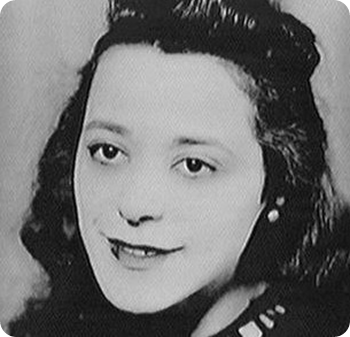 Rosa Parks became an international name when she refused to give her seat to a White person on the bus. Her refusal to move sparked the Montgomery Bus boycott, which ignited the 1960’s African-American civil rights movement. Many years before Mrs. Parks courageous action, a 30 year old African Canadian woman would take a similar stance against segregation but her name is not as well known either globally or in her country of origin – Canada.

On November 8th 1946 Ms. Viola Desmond decided to go and see a movie while she was waiting for her car to be repaired. She requested floor seats and paid for the ticket. As she sat watching the movie she was approached and asked to move, but claiming an inability to see from the balcony she refused.

Her refusal would not be accepted and she was subsequently dragged out the theatre by two men who injured her knee in the process. She was arrested and was forced to spend the night incarcerated on the male cell block. Such was her dignity that she sat upright throughout the terrible ordeal.

During her trial she was not told that she could have legal counsel, or cross examine the witnesses testifying against her. The fact that she was unfamiliar with the legal segregation that the cinema utilized and that the sign indicating the seating standards by race was obscured was not taken into consideration. She was subsequently found guilty of tax evasion because though she asked for a floor seat the segregated seating meant that she had actually purchased a ticket for the balcony where Blacks were forced to sit.

By not sitting in the supposedly appropriate place, she had avoided paying exactly one cent in taxes. She was sentenced to 30 days in jail and was ordered to pay a total of 26 dollars in fines, with 6 of those dollars to be given to the manager of the theatre who had damaged her knee when he roughly removed her from her seat.