What We Can Learn About Race 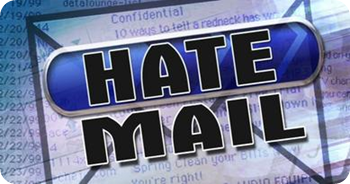 I have often written about the hate mail, and hideous comments that I have either deleted or stopped from being published on the blog.   I thought today I would share a little bit with you, and give you the opportunity to choose a good example of racefail.  I got this idea from Feministe and the top troll that they are currently running.

Honkpimpie: “Im so sick and tired of people regardless of color ignoring the statistics of black crime #s vs. any other group. When negros commit crimes and humans are victims, there are shouts that the humans deserved the crime. Hummm slavery was abolished 170 years ago. Niggers act like it was ended 10 or 15 years ago. It is true... white people deeply distrust niggers of all ages and situations because in such a huge way niggers have behaved in the most outrageous manner. Theft, rape, and murder are just the nigger norm”.

BarrelRoll: “Shut up. New Orleans is a shithole because none of you black bastards will get of your lazy ass to fix a damn thing,it's not whiteys fault you're lazy. You had the option to move when Hurricane Katrina came and you stayed behind like the lazy,stubborn apes you are. That's why nobody gives a shit because you people won't do anything to help yourselves. I will say "nigger" and don't need to answer to you or any other homo erectus filth because you are all lazy savages. Bitching about shit you could fix on your own proves it”.

Dashed: “Why do you take time off to bash 'whiteness' as if it were a person who's the cause of so many problems. It's ironic that you're complaining about a white guy making statements about blacks when you're black and making statements about what white guys think.
"Natural hair is considered radical by Whiteness "
Oh shut the fuck up, us whites haven't cared about natural hair for a long while’.

JMILLION: “You fucking pussies are afraid of words?
You only think NIGGERS exist from people who descended from Africa?
In the 21st century you would think other races or cultures would have by now shown their top performers and bottom performers with in their own race. The top performers who are highly educated, successful & healthy get the benefits of being a positive member of society. The bottom performers are uneducated, poor and are dependent.
Stop associating the word "Nigger" with black people and that will stop the problem right there. You don't think there's Swedish Niggers? Or French Niggers? How about those Utah Niggers or Niggers from Wales,UK? To stop using a word or to fire somebody from their job because they used a word that might indicate racism is absolutely ridiculous and you need to get over it fast. You might here more questionable words if you leave the house and congregate with people you don't know. The horror I know but what are you gonna do?”

Burt Fisher: “Just because there is a noose, you automatically assume it's for a nigger? That's pretty damn racist of you. Shame on you. You are blaming the 21st century nigger for the sins of his fathers. Rookie mistake”. 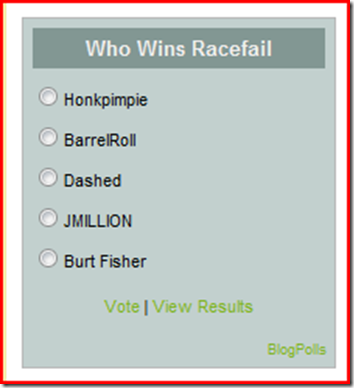 Above is just a small sample of what I see behind the scenes everyday.  People try to explain away their White Privilege, because the problem of course is that POC are always too sensitive, or just determined to twist the supposed facts.  There was a lot of conversation about creating a safe space for readers recently, and so I thought that I would include these comments to show that often bloggers who are writing about social justice issues are themselves daily exposed to things that are harmful.

Looking at an individual comment it is easy to label the person a troll; however, when you are daily inundated with this kind of hate speech, it is much harder to see the individual, and instead it begins to feel like a personal attack from a systemic force that is very determined to silence and shame.  Relatively speaking, Womanist Musings is a small blog and yet even this tiny space is not allowed to exist free of contamination because White Supremacy is far more normalized than most would care to admit.