White Service at the Ritz-Carlton Naples 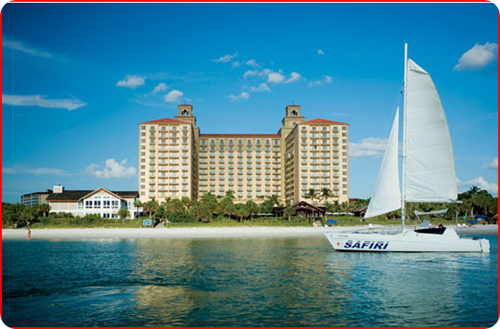 I worked with the public for many years before becoming disabled and let me be the first to say that it truly sucks.  The customer is always right is still taken as gospel by some corporations and this is especially true in times of a recession.

Good service can be the one thing that distinguishes a business from it competitors, and today every edge is important because of the state of the global economy.  It seems that the Ritz Carlton Naples had profit in mind when it decided to fulfill a request that a guest not be served by "people of color" or staff with a "foreign accent.”

The posh Ritz-Carlton Naples is being sued by one of its current employees, a black man of Haitian descent who says the hotel discriminated against him by not allowing him to serve the family at its restaurant in March.

Wadner Tranchant, 40, says in the lawsuit obtained by ABC News that the upscale resort created a work environment that was "hostile or abusive." Tranchant still works at the resort, according to his lawyer Michel McDonnell, who would not comment on the suit, saying the complaint speaks for itself.

I can understand a business wanting to produce a profit, but this is ridiculous and absolutely constitutes a harmful working environment.  Such a request should never been deemed acceptable.  Just as the hotel has a responsibility to ensure a comfortable, stress free stay, guests have the responsibility to not leave a basic respect for humanity at the door.

This has personally happened to me at a former job and I can tell you it is soul crushing.  Customer service is hard enough to do without having to worry that you are not fit to do your job because of the colour of your skin.  I once interacted with a customer that demanded that all female staff avoid eye contact with him.  That’s right, he wanted us to service his needs while looking at the ground because he considered women inferior.  The family in question decided that they were to good to interact with people colour and by acceding to this request, The Ritz Carlton Naples compounded their ignorance.

The solution to this was really simple – The Ritz Carlton Naples should have asked their guests to leave.  It is clear that they would have been out money, but isn’t human dignity worth more than that? There is always a reason why equality and justice can wait, because privileged groups do not feel the sting of oppression.  Until it happens to you personally, you cannot even begin to imagine being “othered” in this way.  Tranchant deserves more than having to serve this family of bigots, and I for one hope that this mistake costs The Ritz Carlton Naples enough to teach them a lesson about human value over the almighty dollar.