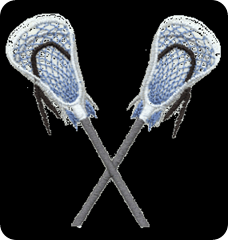 On May 11th, Samhita wrote a post about intimate partner violence.  The alleged perpetrator was a lacrosse player and she made some comments on the game which clearly reveals a lack of knowledge regarding First Nations cultures.  I feel that it is important to correct this erroneous information because far too often Aboriginal peoples are obscured from progressive spheres and their issues silenced.  If activists cannot be bothered to get the most basic information correct, is it any wonder that their specific issues are ignored?

Lacrosse is considered an elite sport, perhaps not the most sophisticated sport, but it is played and supported by more privileged members of the sports community, be it those race privileged or class privileged and generally more of the former. The majority of the coverage of this case has focused on how this incident is a tragedy, but hasn't totally made the connection between feelings of entitlement and instances of intimate partner violence.

This isn't the first time a college lacrosse team has been in the spotlight for potential involvement in beating, raping or abusing a woman. If we think back to the Duke rape case a huge part of that case prior to the charges being dropped was the role that entitlement played in how the story was told and the assumptions people made about not only how privileged people conduct themselves, what behavior they are entitled to and of course how the university responded.

In the interest of full disclosure, for those that are new to this blog, I am Canadian and lacrosse is our national summer sport.  This is not to imply that I have some special understanding of the importance of lacrosse and Indigenous culture, but rather an explanation as to why it was so easy for me to see the error in the piece cited.

Lacrosse is a sport that is played with great regularity on reservations in northern Ontario, the province in which I currently reside.  My nephews though not Indigenous, have played many games on tribal lands on which more than a few racial incidents have occurred.  This game is a matter of pride for many First Nations people, and a failure to acknowledge this appropriation of the sport by Whiteness speaks to the ways in which we have devalued Native culture.

First Nations tribes have been playing Lacrosse for centuries. It was played to train young men for war, to settle disputes between tribes and to amuse the creator.  It was played by the Mexican Kickapoo in Texas, the Seminole in Florida, the Bungi in Manitoba, the Cherokee in Tennessee, and the Passamaquoddy in Maine. The game was called Baggattaway, meaning they bump hips by the Algonquin tribe, and Tewaarathon, meaning little brother of war, by the Iroquois tribe.

The game was especially violent when used as an alternative to war to settle intertribal disputes. One example was a game between the Creek and Choctaw tribes in 1790. This game, which was to determine which tribe had the rights to a beaver pond, broke out into a violent battle after the Creeks were declared the winners of the game. Because of the massive attack and the savage play, lacrosse truly was the little brother of war.

The game also had important religious value to Native Americans. Especially in the Iroquois tribe, lacrosse was played to please the Creator, whom the Natives worshipped. Although the Natives were for the most part polytheistic, the Creator to whom the Iroquois referred is likely the divine leader Deganawidah, who, according to Iroquois legend, united the Six Nations of Iroquois in the 15th or 16th century.

For many Natives, a lacrosse competition was a ceremonial replay of the Creation story and of the constant struggle between good and evil. The Natives believed that team selection and victory were supernaturally controlled. The game was also played for other spiritual reasons, such as to bring good weather, to honor the deceased, or to cure the sick. As Tony Gray, captain of the 1998 Iroquois National Team says, "We play because we believe it will please the Creator, and he will then help the sick person.  [source]

While Samhita certainly has a point when she references the game the way it is played on many college campuses across North America, it is highly erroneous to suggest that this sport is specifically supported or played by rich White elites, when it has a long tradition in First Nations culture.  In fact, were it not for the Aboriginal people who created this game, these elite colleges and universities would not being playing lacrosse.

I think that it is important to note that only one person on that comment thread corrected the idea that lacrosse is an elite sport, and that it was not engaged in any further by the commenters, or the author of the post itself.  Assumptions are continually made about cultures that are marginalized; however, unless the oppressor feels that they can use the culture for amusement or to reinforce the idea that they are to be understood as less than, marginalized bodies are erased from the mainstream.

Even though we know that every step that we take is on stolen land and that Indigenous People have paid a terrible price so that we may live in this so-called advanced and modern world issues that are specific to their fight for justice are often ignored or overshadowed in traditional spaces.  When we say WOC it is generally speaking not inclusive as most often the term really means Black or Latino women.

If one is not familiar with a particular group of people, mistakes are going to happen however; it is absolutely a sign of privilege to believe that one can simply continue on without admitting that we once again created a marginalized group as invisible.  Being progressive means owning her mistakes when we make them and not ignoring them as though they are insignificant.  Live and learn really needs to become a more more common theme in places that are dedicated to liberation otherwise we will re-create the same dynamic that is the foundation of our social desire to rank both bodies and oppressions.