Higher education has problems, but they weren’t caused by progressives. 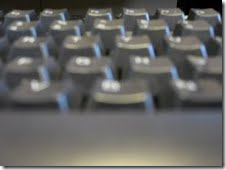 The Progressive Scholar meshes social media and research to bring complex ideas to a diverse audience. She is interested in subjects such as critical race theory and multicultural education, and isn't afraid to discuss religion and politics at the dinner table. The Progressive Scholar aspires to create more inclusive learning environments for diverse identities and hopes that someday, there will be whirled peas.

I recently stumbled across a post called How Progressives Have Created the Problems of Today – Higher Education.   Of course I was very excited to find out how I, as a progressive, created all the problems that higher education is dealing with today.

It’s a pretty long post, so for now I’m just going to hit the highlights.

“These problems are again mainly tied to the money provided to these institution by the government, which allows the government to set an agenda that the colleges must conform to.”

A lot of people seem to make this error so I’m going to try and set the record straight.  See, here’s the thing.  Progressives don’t own the government, nor do we control the money it spends.  The government is actually controlled by these people called politicians, and they are the ones who make the decisions and dole out the money.  It would have been more accurate to call this post “how big government created the problems of today” or “how money has created the problems of today” (and let me tell you – I wouldn’t disagree with the last one!).

Before you argue and say that “Progressive” is another way of saying “Democrat”, don’t.   “Progressive” is an ideology, and as such people who identify with that ideology don’t have one particular political party that they always align with.  Some progressives are independent, some are aligned with the Democratic party, the Green party, or the Libertarian party.  Some have given up on party politics altogether.  Also, a lot of people who identify as Democrat are most certainly not progressive.

Just had to get that out of the way.  Now, let’s move on and break down some other inaccuracies found in the post.

“Back in Colonial times if you went to college you had to pay for that privilege yourself.  This meant that only the well off, those that were sponsored by others, or those that worked to put themselves through College attended.  If you did not enter into college, you learned some trade either from your family or by apprenticeship.”

We often neglect to realize that the term “colonial” is not just a style of furniture; it comes from the fact that America was a colony of England, which means that England actually controlled America and its finances (including some incredibly high taxes).  ”Colonial times” refers to the period between 1607 (the founding of the first English colony in Jamestown, Virginia) all the way up to 1775 (the start of the Revolutionary War).  There was no United States of America yet; residents of the colonies were technically citizens of England and paid taxes to the crown.

In the colonial era, then, funding for colleges came from many different places.  Primarily, these were:  wealthy donors in England who were fooled into thinking their money was going towards “civilizing” Native Americans and converting them to Christianity; tuition payments from the wealthy students (which didn’t amount to much, since the tuition was astonishingly low); or —-  wait for it —- government subsidies.   Yes that’s right, government subsidies in the colonial era, before progressivism even existed!  Both Harvard and William & Mary, our nation’s first institutions, were heavily subsidized by the General Court of the Massachusetts Bay Colony and King William, respectively.

Back then, the only families who sent their son to college were those who had enough wealth to not be impacted negatively by losing the son’s labour.  Most students who attended college in the colonial era would often take some classes and leave the college without graduating.  This is because college degrees weren’t designed to prepare the student for future employment.  Or put in another way, the college degree had no value. The primary reason for a boy to go to college in the colonial era was to become a politician or statesman.  There was no other field of work that required a college degree.

Also, the daily life of a college student was much too rigorous for them to be working a job in addition to attending school.  Student were required to wake before sunrise and walk (possibly for miles) to the school’s chapel, spending several hours in morning prayer.  Students spent all day on school grounds (including meals) and had to endure a demanding curriculum based on recitation and oral disputations.  This meant that the students were not able to sit back and “absorb” the information for an hour or two and then leave, like today’s students.  They were required to stand and recite topics including biblical texts, complex mathematical problems, and classic literature (often in Latin) from memory.

“Since most students do not have to pay for their education directly, instead they either have direct grants or student loans… This disconnect has also allowed colleges to justify certain actions, which a free market, where students were paying for their education, would not allow.  For example hiring professors that promote particular political or social views, which they would not be able to do without this disconnect.”

This is entirely untrue; universities have been hiring professors that promote particular political or social views for hundreds of years.  All of our country’s early colleges were operated by deeply religious men who restricted their employment to other men of the same religious, political, and social views.  Well into the eighteenth century, few colleges accommodated any religious point of view other than Protestant.  It was not until the mid-nineteenth century do we see a proliferation of colleges that were open to non-Protestants, and even in those cases, the schools were segregated based on their religious beliefs and social views.

“Add to this the government and schools requiring students to take certain classes that are designed to promote a certain world view.”

Actually, most colleges and universities only require their students to take classes such as English Composition and College Algebra, neither of which are known for espousing a certain world view.  All other courses required in the General Education curriculum (to which I assume the author is referring) are left up to the student.  Some universities are now requiring their student to take a class focused on multiculturalism, which offers the student any number of world views to choose from!

“Since most of the money for this seller market is coming from the government that makes them the true buyer.  And since they are the biggest and most powerful buyer in this market, it gives them a lot of control, that they should not have.  Basically the power over the colleges that the students should have has been moved from them to the government.”

The Higher Education Act made sure that the government did not have this type of control.  The way they did that was to give the loan money directly to the student, so the student decides which college or university receives the loan money.  If students are not happy with one university’s certain world view, she can switch to a school where she is happy, and take her loan money with her.  It’s pretty brilliant, actually.