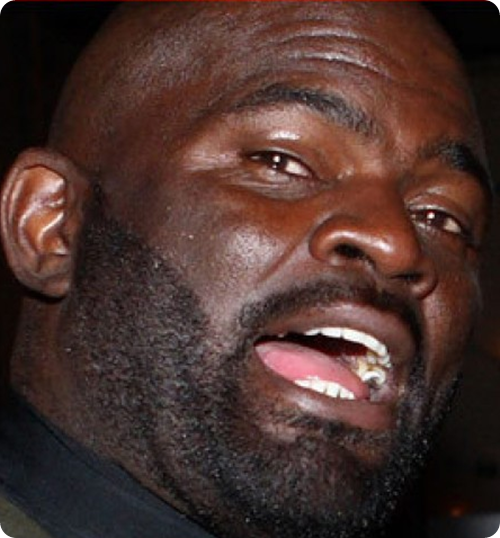 When I heard that LT had been arrested, on suspicion of raping an underage girl in NY, I did not go into a state a shock.  Though he has won two super bowls, his personal history is fraught with trouble.

Disgraced Giants great Lawrence Taylor admitted paying a hooker $300 for sex — but may not have known she was just 16. The revelation that Taylor fessed up to patronizing a prostitute was contained in a criminal complaint against accused pimp Rasheed Davis that was released before he was to be arraigned Friday in Manhattan federal court on sex trafficking charges.

Davis allegedly beat the girl before taking her to the lecherous linebacker’s Rockland County hotel room early Thursday and told her to tell Taylor “she was 19-years-old,” the document states. Confronted later by arresting officers, Taylor said he “met with a female” that cops identified as the teenager and after “engaging in sex acts” paid her “$300 in cash.” Taylor was charged later with third-degree rape and patronizing a prostitute – charges that could send him to the slammer for up to four years if convicted.

The age of consent in New York is 17. Ignorance of the victim’s age is not a defense, police said. His lawyer, Arthur Aidala, insisted Taylor did not rape – or have sex – with anybody at the Holiday Inn in Montebello, N.Y. Both Aidala and Taylor’s wife, Lynette, said the 51-year-old Hall of Famer was the victim of a “set-up.”

Taylor had no idea the “skinny Spanish girl” he paid for sex was a minor, her big sister told The Daily News earlier Friday. Davis, who dubbed the teenager “Carmen,” warned her “she would get a worse beating if she tried to tell Mr. Taylor anything,” the sister said.

“She said she had no choice but to go along with it,” the sister said. “She doesn’t blame Mr. Taylor because he had no idea (she was a minor). “The 17-year-old sis said the “date” with Taylor was arranged by a music producer who knows both the ex-Giant and Davis. She did not know his name. “He relayed the message that Mr. Taylor was willing to pay $300 for a skinny Spanish girl,” the sister said. “Since Rasheed knew my sister, he volunteered her for this. He forced her into becoming a prostitute that night.” [source]

Even though Taylor apparently asked the young woman her age prior to engaging in sex rape, the fact remains that he still thought that having sex raping a young woman that had clearly been beaten was acceptable.  How could she possibly have consented when she feared reprisal for saying no?

"I was a huge Giant fan," she said, "and I used to look up to him." She added, "I don't want to ruin his reputation," despite what happened in the hotel room.

"After all," she said, "He's in the Hall of Fame and he won two Super Bowls."

The teen said the door to Taylor's room was open when she arrived that night.

"I walked in and it was dark," she said. "The only light was coming from the TVs in the living room and the bedroom. Lawrence Taylor was naked. We made some small conversation at the start.

"I didn't know who he was and he didn't tell me his name, either. He just said he was from Miami.

"He asked my age, and I told him I was 19," said the girl, who looks considerably younger. "I knew what I was there for, and if I didn't give him what he wanted, there would be consequences from Rasheed. I was afraid." [source]

Apparently a condom was found on the scene which I assume contains DNA evidence.  So I am just going to say it as simply as I can: if pimps did not believe that there would be a profit in trafficking young girls and women, incidents like this would not happen.

Whether or not LT was lied to about the girls true age is immaterial. What matters is that he still thought that it was acceptable to pay to use a woman’s body like so much trash.  His personal pleasure mattered more to him than what had happened to that young girl before she walked through the door.  This is how the mind of a common John works, they believe that if they themselves don’t do physical harm, that they are not part of a system that preys upon young girls and women.

While I fully believe that we need to support women that choose to work in the sex industry (note: choice is not always applicable), I don’t believe that we should pretend for one moment, that these men/johns don’t do harm.  Their very existence gives rise to trafficking and sex slavery.  LT’s status as a celebrity should not cause us to ignore what his alleged willing participation gave rise to.

Much of our conversations regarding sex work specifically target women, even in situations in which they are clearly the victim.  It is because we have so heavily invested in slut shaming and controlling female bodies that we ignore the activities of the men/john.  When I look at images of LT, I see yet another man who has absolutely no respect for women.  I see a man who is part of the problem, rather than the solution.  I also see a man of colour who once again has let women of colour down, because he has come to believe in oppression – and make no mistake about it, participating in trafficking (which is what he allegedly did), amounts to oppressing and exploiting a woman.

When MOC point to race as the major oppressor of people of colour, we have only to look to incidents like this to understand that gender continues to divide us.  Just as they rail against the White male patriarchy for it racist abuses, women of colour must come together to fight the sexism that we face, often at the hands of men of colour. Men of colour and women of colour may share a goal of bringing an end to racism; however, when it comes to dismantling the damage of patriarchy, they have yet to act as the allies that they should be.  It is quite clear that for many MOC freedom involves being able to act with the same impunity as straight, cisgender, able-bodied White males and not achieving real equality, which would involve the true emancipation of women.