No, You Mean to be Hateful to Gay People 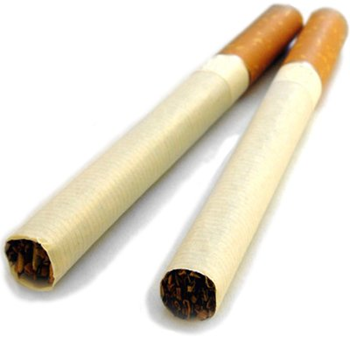 Last night we were sitting around waiting for the unhusband to burn bbq dinner, when  our neighbour popped by for a visit.  For the purposes of this conversation I am going to call him Michael.  We stood chatting when suddenly another neighbour popped out of his house.  Michael decided to greet the new addition by yelling, “hey faggot”.  This was supposedly a friendly greeting, though in my mind it constitutes hate speech.

Destruction, never being one to allow a slur to go unanswered responded with, “would you mind please not using that word, it is not nice”.

Michael came back with, “In real english, you know the proper english that they speak in England, a fag is a cigarette”.  He then proceeded to take a smoke out of his pack and show it to Destruction.  “There is nothing wrong with this word”, he said, “because fag only means cigarette”.

Destruction was quiet for a moment and responded saying, “No, fag is like the N word and it hurts gay men and gay women, like it hurts me when people say the N word.”

When Michael decided to persist in his lie, I intervened and told Destruction that we would discuss it over dinner, and that we were going to drop the conversation for now.

Michael then asked me if I were going to tell Destruction  the “real meaning of the word fag”, to which I responded, “yes”.

Over dinner we sat down and told our son that we were proud of him for standing up for a marginalized group and that he was right because what Michael said was indeed a slur, despite his asinine assertion that he meant cigarette.

Destruction is only a nine year old boy and he knew enough to understand that such language was harmful while a grown man did not have the courage to admit that what he said was wrong when openly called out.  Michael clearly felt that because he was in the presence of a traditional family, that using homophobic language would be something that we would accept.  You see, most people don’t have the courage to be hateful directly to someone’s face, and yet the moment they get into a group that they perceive to be akin to them, their filter comes off and they wallow in all of the undeserved privilege that they have accumulated.

When straight men like Michael use the word fag, they don’t mean cigarette, they mean to demean a group of people based specifically on heterosexual privilege.  It did not matter to him that my four year old and my nine year old were in attendance, because teaching children to acknowledge their underserved privileges is something that we are very invested in.  Had it not been for the fact that the unhusband and I have made a point of teaching our child that homophobia is wrong, Destruction would have seen his language as normal and therefore acceptable.

Socially we have this myth that we try to protect the innocence of children and yet on a daily basis we teach them to hate.  It is not always as overt as my neighbours language, but it still amounts to attempting to discipline them into believing that marginalized bodies are inherently foul.  Incidents like this are exactly why I believe that parenting can be a radical act of activism.  When hate is allowed to progress through the generations, there is no possibility of real social change.

Our mode of parenting involves correcting acts of homophobia, as well as showing our children as many positive images of gays and lesbians that we can.  On a typical day of watching television aimed at children, gays and lesbians are specifically invisible, even though we know that there are children that are living in LGBT families that would most certainly find it useful and affirming to see their families represented. Under the guise of protecting children we eliminate gays and lesbians from children's programming without acknowledging that some of these children watching will grow to be members of the LGBT community. How does this show concern for children?

Incidents like this prove that passive parenting is not sufficient to prepare children for the lessons that the world is more than willing to teach them.   I know that it can be stressful to keep house, work, and keep up with their activities, but it is absolutely essential to think about what we actively teach them.  Along with learning their colours and days of the week, showing them respect for all people is important because it will produce a population less willing to tolerate bigotry in any form that it manifests.  Whatever we normalize for them will become their world and our children deserve better than to live with someone else's hatred.